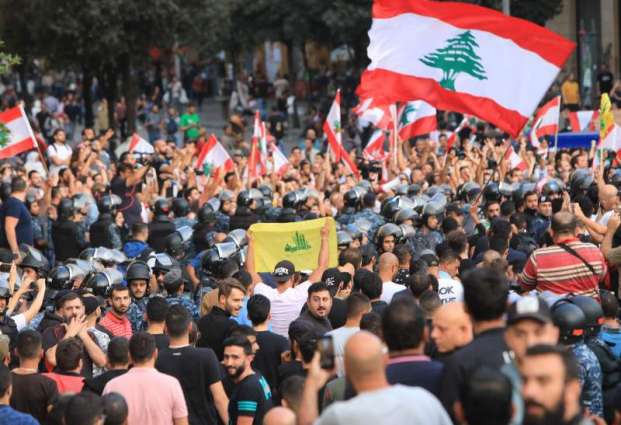 Argentina will offer a new proposal to creditors on Friday as it looks to restructure a $66 billion debt that contributed to the crisis-hit South American country defaulting last month for the ninth time in its history.

Centre-left President Alberto Fernandez has given away little about the exact details of the new deal but said it would be an improvement on a previous offer rejected in May.

“It’s clear that Argentina needs to reach an agreement with its creditors, obviously the creditors didn’t accept” the first offer, Fernandez said on Wednesday.

“Obviously Argentina will improve its offer.”

In April, Argentina asked bondholders for a three-year grace period on debt repayment, a 62 percent reduction on interest amounting to $37.9 billion, and 5.4 percent on capital — or $3.6 billion.

That was rejected the following month, while Argentina then failed to pay $500 million of interest on its bond debt, thus defaulting.

Last week, the International Monetary Fund gave its backing to a revised proposal by the Argentine government, but Fernandez insists any deal must be sustainable.

The new offer could include a coupon tied to agricultural exports, the country’s main source of income, according to sources close to negotiations, which involve three separate creditor groups.

Previously, Argentina muted the idea of offering a coupon tied to GDP, but that did not prove attractive.

“There was no appetite among the vast majority of creditors for such an instrument, so it wasn’t included in the offer,” Economy Minister Martin Guzman said a few days ago.

By contrast, agricultural exports would be more attractive as a reference.

“It’s better than a coupon tied to GDP, given Argentina won’t grow by more than three percent for some time,” Sebastian Maril, director of consulting firm Fin. Guru told AFP.

“And we don’t have anything else, such as cash, to offer.”

Something similar happened in the 1990s with the Brady Plan when Mexico, Nigeria and Venezuela issued bonds indexed to oil exports.

Despite being one of the world leaders in food exports, Argentina has been in recession for two years and the coronavirus pandemic has only worsened an already grim economic outlook.

In 2019, its exports amounted to $65 billion, of which 60 percent were agricultural products.

Although it has international reserves worth around $43 billion, only $10 billion of that constitutes operating reserves, according to experts.

Matias Rajnerman, the chief economist at analysts Ecolatina, said a coupon linked to agriculture exports would be “more sustainable because it is tied to the country’s genuine generation of dollars.”

However, on the flip side, it would “not depend solely on the Argentine economy, world demand will have a large influence. That takes away some of its attractiveness.”

Although it has already extended its debt restructuring deadline three times, Argentina’s government is expected to do so again between Friday and Monday to give creditors time to evaluate the new offer.

However, if things linger on too long, Argentina will likely default on more bond repayments.

Some bonds are due to mature at the end of June but given the one-month grace period that would be extended until the end of July.

“These negotiations are never resolved in one day. It’s been going on for two months and it’s come on a long way,” said Fernandez earlier this week.

“We’ve still got differences but if there’s anyone who wants to avoid a default it’s the Argentine president.”

Argentina currently owes $324 billion, the equivalent of around 90 percent of its GDP.