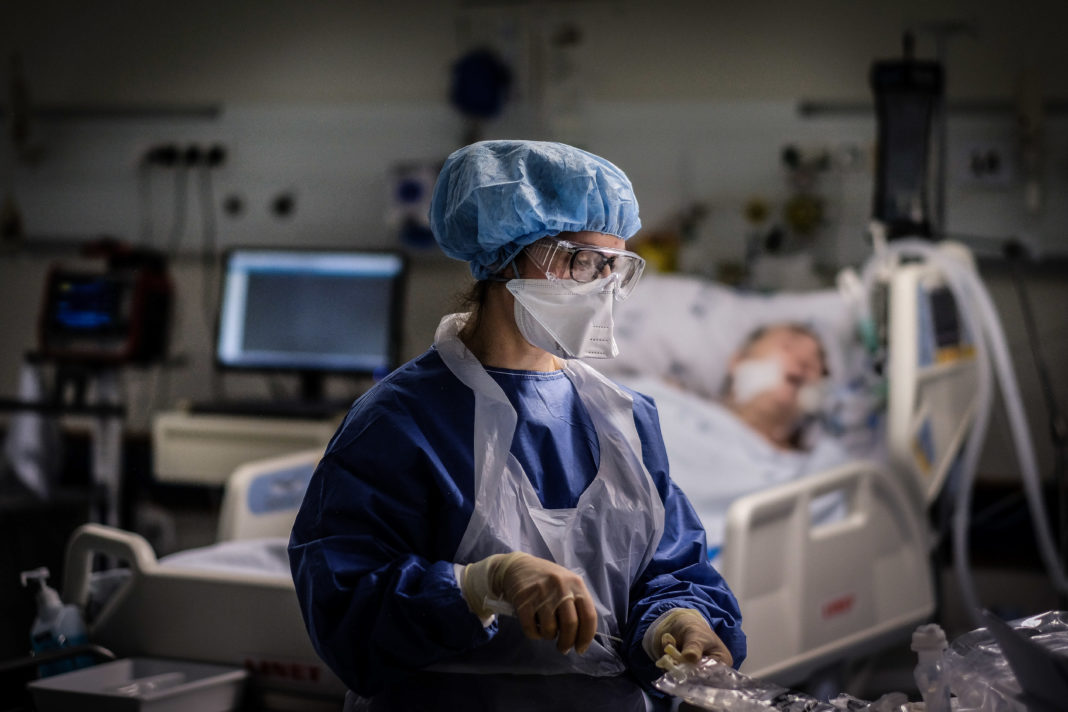 The number of confirmed coronavirus cases in the United States topped 2 million late Wednesday night, according to Johns Hopkins University. The mark was passed with all 50 states in various stages of re-opening and with numerous states experiencing surges in cases and severe strain on their hospitals.

It’s been just five months since the coronavirus caused its first known U.S. fatality, in California, broke out in Washington state and quickly spread around the country.

Seventeen states have reported an increase in average daily new COVID-19 cases compared with two weeks ago, including Florida, California and Texas.

The ongoing pandemic has wreaked havoc on the U.S. economy. Tens of millions of people have filed for unemployment since states shut down to try to limit the virus’ spread. Several major companies, including J.C. Penney, J. Crew, Gold’s Gym and Hertz have filed for bankruptcy.

The Congressional Budget Office predicts the coronavirus could impact the nation until 2029 and cost the economy almost $16 trillion.

On Monday, White House Coronavirus Task Force officials said the police brutality protests around the country may spur a spike in virus cases. Many demonstrators haven’t been heeding public health guidelines for containing the virus, such as wearing masks and social distancing.