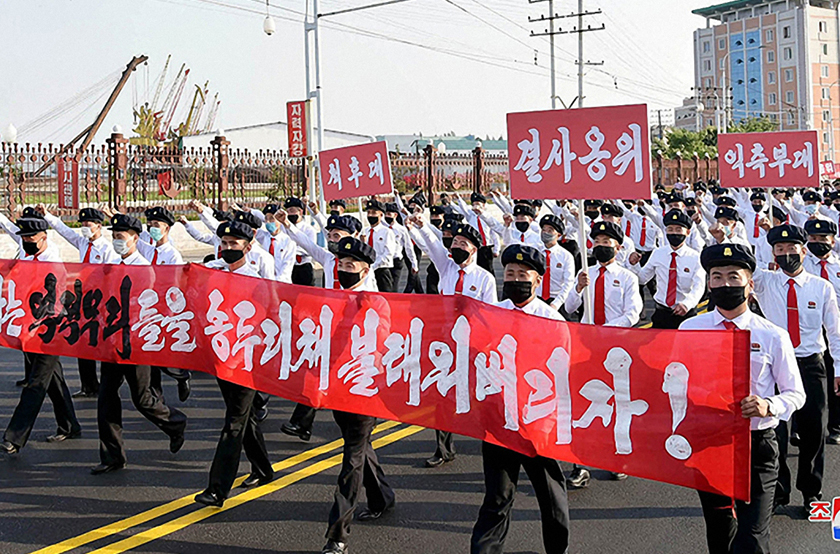 North Korea rebuked Washington on Thursday for criticising its decision to cut communication links with Seoul, warning it to stay out of inter-Korean affairs if it wanted to ensure a smooth presidential election.

In a statement carried by the KCNA news agency, a senior North Korean foreign ministry official slammed the “double-dealing attitudes” of the US as “disgusting”.

Washington should “hold its tongue and mind its internal affairs first”, said Kwon Jong Gun, director general of the Department of US Affairs, if it wanted to avoid experiencing a “hair-raiser” and ensure the “easy holding” of November’s presidential vote.

The implicit threat comes just a day before the two-year anniversary of the landmark summit in Singapore where Kim Jong Un shook hands with Donald Trump, becoming the first North Korean leader to meet a sitting US president.

Negotiations over the North’s nuclear programme have been deadlocked since the collapse of a second Trump-Kim meeting in Hanoi last year over what Pyongyang would be willing to give up in exchange for sanctions relief.

Analysts say it has taken no substantive steps towards giving up its weapons but the impasse has left Pyongyang frustrated over the lack of concessions.

It has increasingly turned its anger towards Seoul rather than Washington, carrying out a series of weapons tests in recent months.

Since last week it has issued a series of vitriolic denunciations of the South, and on Tuesday announced it was cutting all official communication links with its neighbour.

The US State Department said it was “disappointed” by the decision.

Seoul and Washington are security allies and the US stations 28,500 troops in the South to protect it from its neighbour.

Pyongyang is subject to multiple UN Security Council sanctions over its banned weapons programmes but has carried out a series of tests in recent months — often describing them as multiple launch rocket systems, although Japan and the US have called them ballistic missiles.