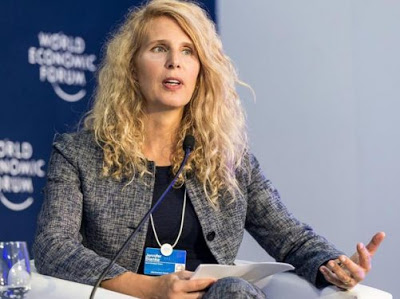 Dr. Jennifer Blanke, the Vice President for Agriculture, Human and Social Development at the African Development Bank (AfDB) has resigned from her position.

“I am leaving purely for family reasons to rejoin my family in Switzerland, after a very fulfilling time at the bank. I will miss the bank and the excellent team we have built. I will continue to strongly support the bank from wherever I am,” she was quoted as saying.

“I thank President Akinwumi Adesina for his strong leadership, guidance, and support which have undoubtedly motivated and helped my team and I to play a key role in the transformation of the bank. I feel privileged to have been given an opportunity to contribute to the bank’s agenda for accelerating Africa’s social and economic transformation.”

He also expressed delight to have worked with Dr. Blanke over the past three years.

“She has demonstrated genuine leadership skills and moved the needles on so many fronts, especially in the areas of food security, women’s financial empowerment, and job creations. I wish her all the best and look forward to continued partnerships and engagement with Jennifer,” Adesina said.

Naija News reports that Dr. Jennifer Blanke’s resignation is coming at a time when Adesina is under investigation.

Recall that a few months ago the notable banker Akinwumi Adesina has gone from glory to fighting for his career, battling US demands for a probe into accusations of ethical violations and favoritism.

In 2015, the son of a farming family wrote another chapter in a remarkable tale, becoming the first Nigerian to helm the African Development Bank (AfDB), one of the world’s five largest multilateral development lenders.

His flamboyant style gained him continent-wide renown when the AfDB last October secured $115 billion (105 billion euros) in funding pledges — doubling its capital at a stroke and cementing its glittering triple-A credit rating.

But with elections for the AfDB presidency looming in August, Adesina’s bid for a second term in office is a threat.

At issue is a 15-page whistleblowers’ report which says that under Adesina’s watch, the AfDB has been tarred by poor governance, impunity, personal enrichment and favoritism.