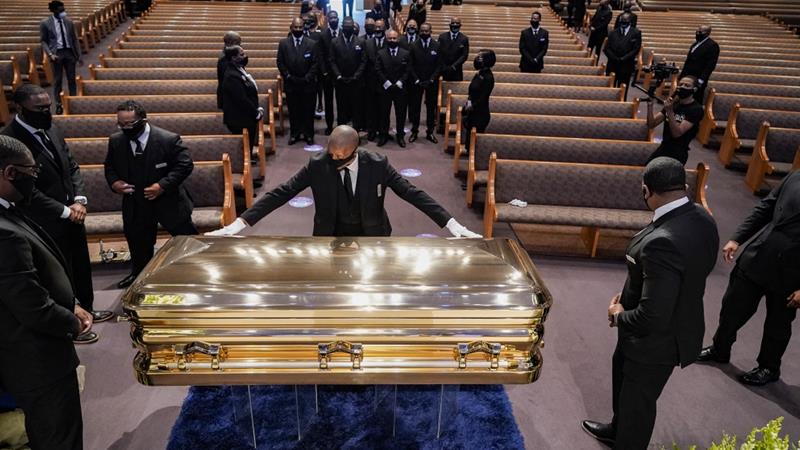 George Floyd will be laid to rest in Houston, where he was born, two weeks after his death in Minneapolis police custody sparked worldwide protests.

Floyd’s death has launched a nationwide debate over defunding the police after being pinned down by the neck for nearly nine minutes by a police officer who has been fired, arrested and being held on $1.25mn bail.

Both Democratic presidential candidate Joe Biden and President Trump, a Republican say they oppose defunding the police, though they have sharply different views on what the future of policing in the US should look like.