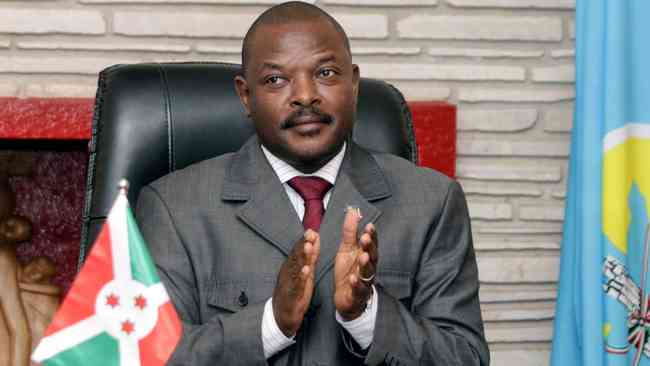 Burundi’s outgoing President Pierre Nkurunziza has died, the government of the central African nation announced in a statement posted on Twitter.

The government statement said that Nkurunziza had died of a heart attack.

His death comes less than a week after the country’s constitutional court ruled that last month’s elections were flawless and upheld the victory of the ruling party’s presidential candidate, dismissing a complaint brought by the vote’s runner-up.

The vote was the first competitive presidential election in Burundi since a civil war erupted in 1993. The ruling CNDD-FDD party’s candidate, retired general Evariste Ndayishimiye, was running against opposition leader Agathon Rwasa and five others.

Nkurunziza was set to stay in office until August, when President-elect Ndayishimiye would take over ahead of starting a seven-year term.

Burundi’s election commission said Ndayishimiye had won the election with 69% of votes cast.

The commission said Rwasa had garnered 24% of the vote, amid what it said was huge, peaceful turnout.

In his last tweet, which was posted on May 26, Nkurunziza had taken to Twitter to congratulate the president-elect for winning the elections.

” I warmly congratulate President Gen. Major Evariste Ndayishimiye for his large victory which confirms that the vast majority of Burundians adhere to the projects and values ​​he embodies. We are privileged witnesses of history. God bless Burundi!”