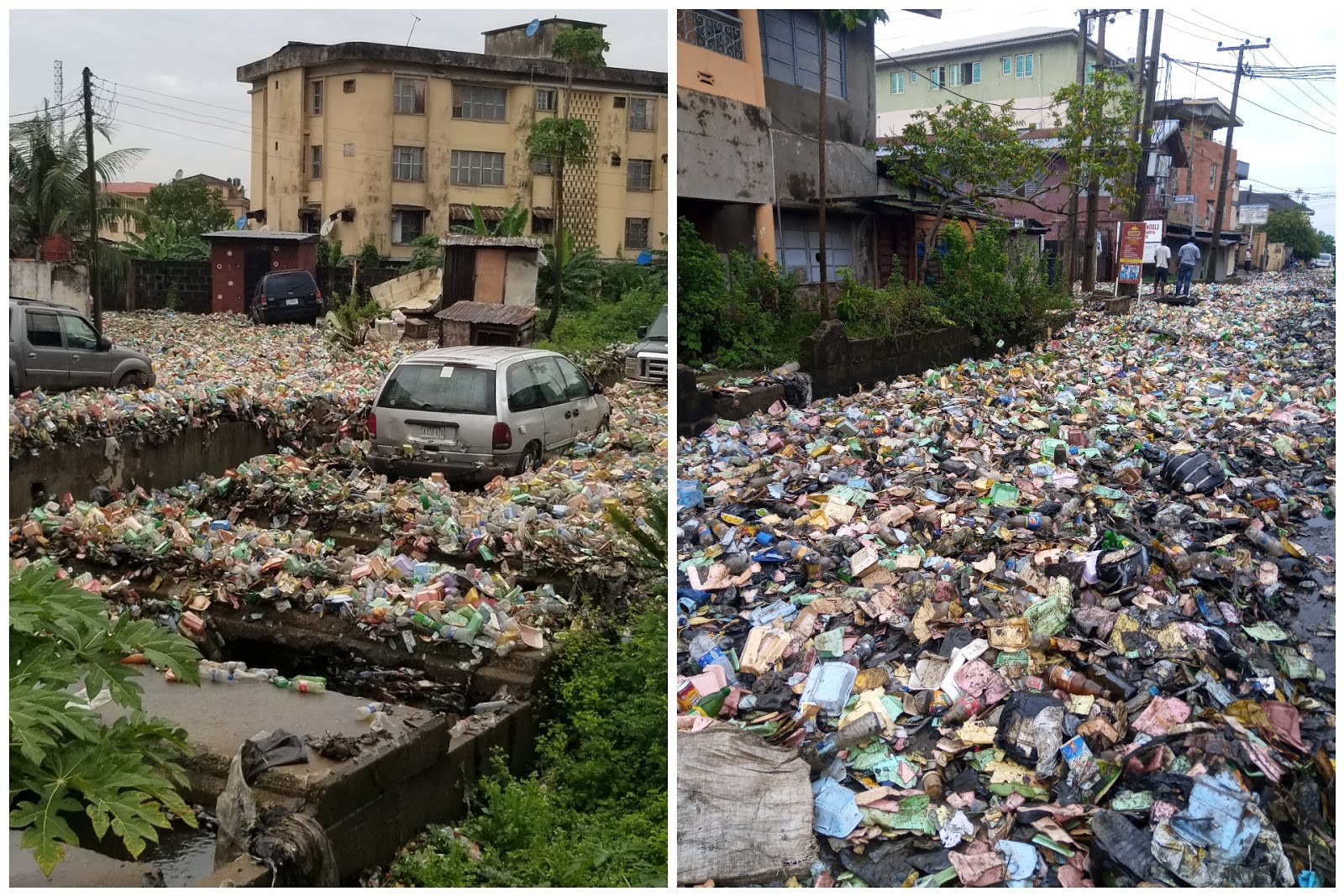 Surulere area of Lagos became an eyesore on Saturday after heaps of garbage took over a large part of the community.

Residents of Surulere in Lagos on Saturday evening expressed disappointment with the government after garbage took over large parts of the community.

The crazy scene happened after a heavy downpour.

The residents raised alarm over government’s neglect of the area for too long which has left them with environmental disaster.

While some Twitter users called out the Lagos state government over an alleged poor drainage and poor waste disposal system in the community, others lashed out at residents of the area for turning all the drainage system to dustbin. See some reactions on social media:

*** Lagosians should accept part responsibility for the mess they cause too, read up on Japan’s environmental culture , where no public trash Cans and the water in the gutter after a storm is decent enough you could filter and drink

*** Omg i was about to talk about japan. Those people have hygiene in their culture, thier culture means hygiene. But we africans our culture is dirtiness

*** Imagine blaming Sanwoolu for this. I wonder when we’ll ever start telling ourselves the truth

*** When you finished drinking water and dropped the empty bottle in the drainage systems or throug your car window, you want sanwoolu to help you to put it at the appropriate place, abi? Ori yin ti o pe yen, gbogbo wa la jo ma suffer e, set awon educated-illitrate.