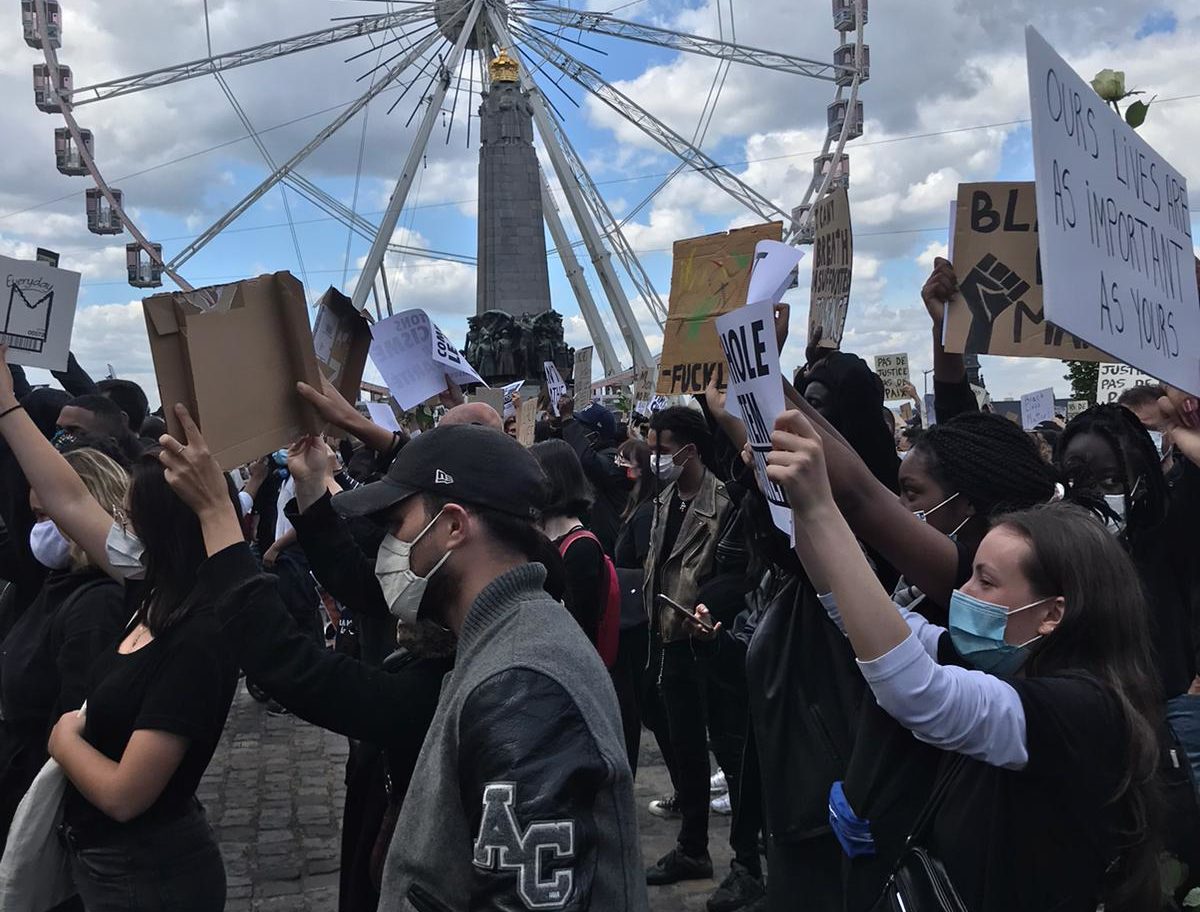 About 10,000 persons of all ages assembled on Sunday afternoon at the Place Poelaert in Brussels to protest against police brutality against people of colour and, generally, racism, according to an early tally by the capital police.

The protest was part of a wave of demonstrations worldwide sparked by the killing on 25 May in Minneapolis, USA, of an African-American man, George Floyd, at the hands of a white policeman who knelt on his neck for eight minutes and forty-six seconds, strangling him.

As with marches held across the states, attendees took to social media to show their support, with the hashtags #BLMBelgium, #blacklivesmatterbelgium and #Congo trending on Twitter well into Monday.

Prime Minister Sophie Wilmès, who had previously advised against the demonstration, said she “regretted that an alternative could not be found” where sanitary rules could be enforced.

After some 10,000 protesters packed Brussels’ Place Poelaert on Sunday, many advisors to the government’s coronavirus response said that the demonstration would “certainly” hurt the progress made against the virus at a time when the government was moving forward with reopening the economy.

“It would have been deadly two months ago,” stated virologist Marc Van Ranst said. “Today we can afford a little more — but not this. Not 10,000 people.”

“We demand justice for each victim of police violence in Belgium,” demonstrators said, adding that at each incident, an investigating judge needs to be designated so that the victims and their families can benefit from an impartial investigation.

“The murder of George Floyd has visibly awakened many people,” said Ange Kazi, spokesperson of the Belgian Network for Black Lives Matter (BNFBL), which called for the protest. “Many people are fed up with police violence, which systematically affects Black people,” she said.

The peaceful protests were, however, followed by looting and chaos leading to widespread condemnation from authorities and over 200 arrests.

Shops in the high-end Louise area were broken into and trashed as groups of rioters broke off from the mass of some 10,000 demonstrators as they left the gathering spot in Place Poelaert.

Looters also moved into the nearby Matongé district, where they clashed with police as they set fire to garbages and looted fast-fashion chains and other retailers lining the Chaussé d’Ixelles.