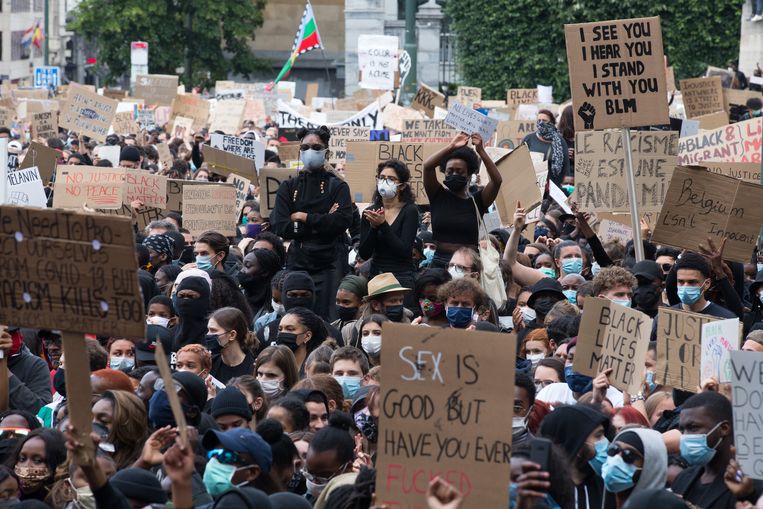 Belgian state virologists have raised concerns over the impact that the massive turnout to a Black Lives Matter protest in Brussels will have on the evolution of the coronavirus pandemic.

As they expressed support for the reasons behind the protest, virologists urged attendants to remain cautious over the coming days, with many saying they feared the protest risked giving the novel virus more fuel.

“If racism did not exist, 10,000 people would not have had to remind Brussels that we are all equal,” virologist Emmanuel André wrote on Twitter.

“To these people, I ask that you strictly follow hygienic measures for 15 days and that you keep fighting for the rest of your life,” André, former spokesperson for federal health institute Sciensano, said.

After some 10,000 protesters packed Brussels’ Place Poelaert on Sunday, many advisors to the government’s coronavirus response said that the demonstration would “certainly” hurt the progress made against the virus at a time when the government was moving forward with reopening the economy.

“This is not wise, it’s dangerous, even,” Erika Vlieghe, charged with steering Belgium’s out of the lockdown, told HLN, adding: “Such a demonstration, even if it is for a good cause, can cause the virus to flare up again.”

“It would have been deadly two months ago,” state virologist Marc Van Ranst said. “Today we can afford a little more — but not this. Not 10,000 people.”

“Such meetings are strongly discouraged at a time when the coronavirus is still circulating,” Van Gucht said, urging people to wear face masks and keep social-distancing.

A vast majority of attendants on Sunday were wearing face masks and organising non-profits were distributing them for free, but the massive turnout made it impossible to respect social distancing.

But according to Vlieghe, precautions like face masks or gloves would have not gone a long way in keeping the virus from spreading among such large groups of people.

“Even if everyone wore face masks, we cannot bring together such a large group of people at this stage of the fight against the [virus],” she said, adding: “We will see the consequences in two weeks.”

Organised by dozens of anti-racist and equality non-profits, the peaceful protest on Sunday led to incidents of looting and riots in nearby shopping areas, resulting in minor clashes with police and over 200 arrests as of Monday.