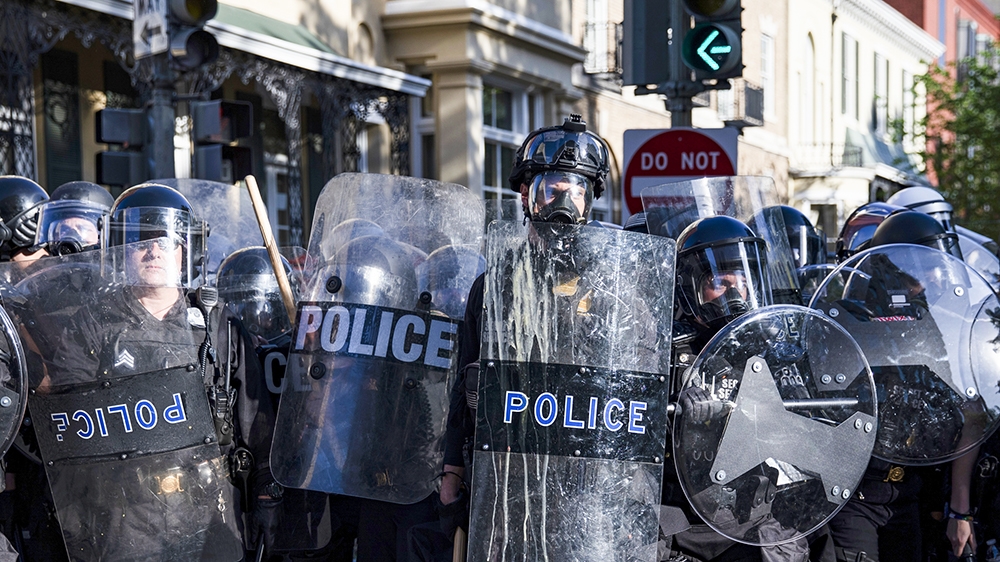 US congressional Democrats plan to unveil sweeping package of legislation to combat police violence and racial injustice, after two weeks of protests across the nation sparked by George Floyd’s death in Minneapolis police custody.

The Minneapolis city council has said it wants to disband the city’s police department, after days of protests over the killing Floyd, who died after a city police officer knelt on his neck for nearly nine minutes on May 25.

US President Donald Trump has ordered the withdrawal of National Guard troops from the streets of Washington, DC.