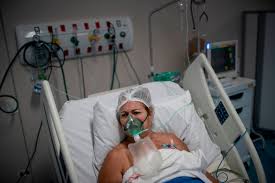 Global cases of the novel coronavirus topped seven million as case numbers surge in Brazil and India, according to a Reuters tally. About 30 percent of those cases, or two million infections, are in the US. Latin America has the second-largest outbreak, with more 15 percent of cases. Global deaths are approaching 400,000. Approximately three million people have recovered.

Brazil has removed from public view months of data on its COVID-19 epidemic, as President Jair Bolsonaro defended delays and changes to official record-keeping of the world’s second-largest outbreak. At least 36,000 people have died of the coronavirus in the country.

Indonesia has reported nearly 993 new cases, a new single-day high for the country that brought its total caseload past 30,000, with 1,801 deaths – the most in Southeast Asia – as the government unveiled an enhanced stimulus package worth $47.6bn.

The World Health Organization (WHO) has changed its position on face masks and is now encouraging people to wear them in crowded places, citing anecdotal evidence that supports their value in stopping the spread of the coronavirus.