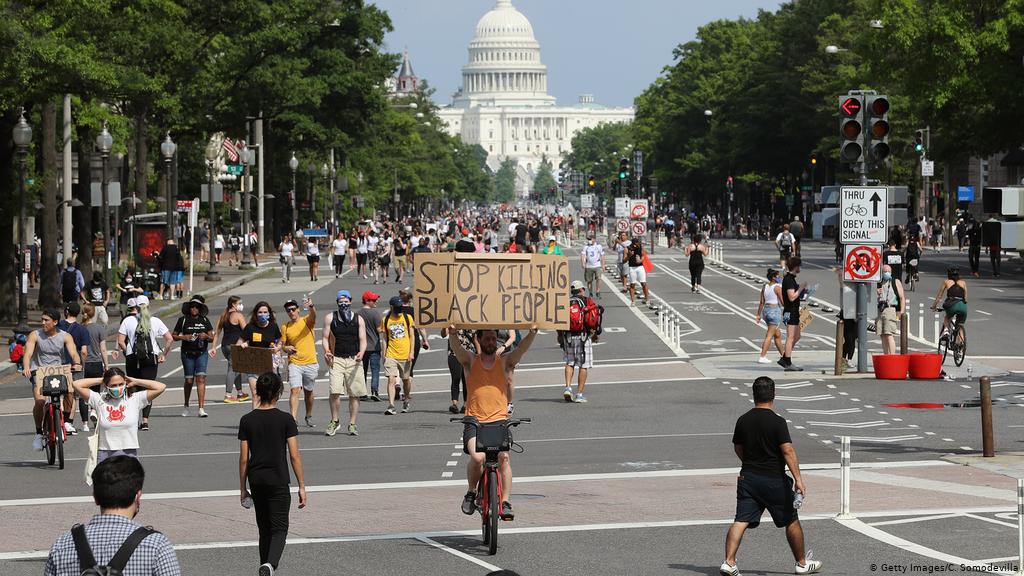 Protests and demonstrations are held across the US and the world on Saturday, calling for an end to racism and police brutality in one of the largest mobilisations since the death of George Floyd, an unarmed Black man who was killed by police in Minneapolis, Minnesota, on May 25.

Hundreds of mourners gathered in North Carolina on Saturday for a memorial service for Floyd.