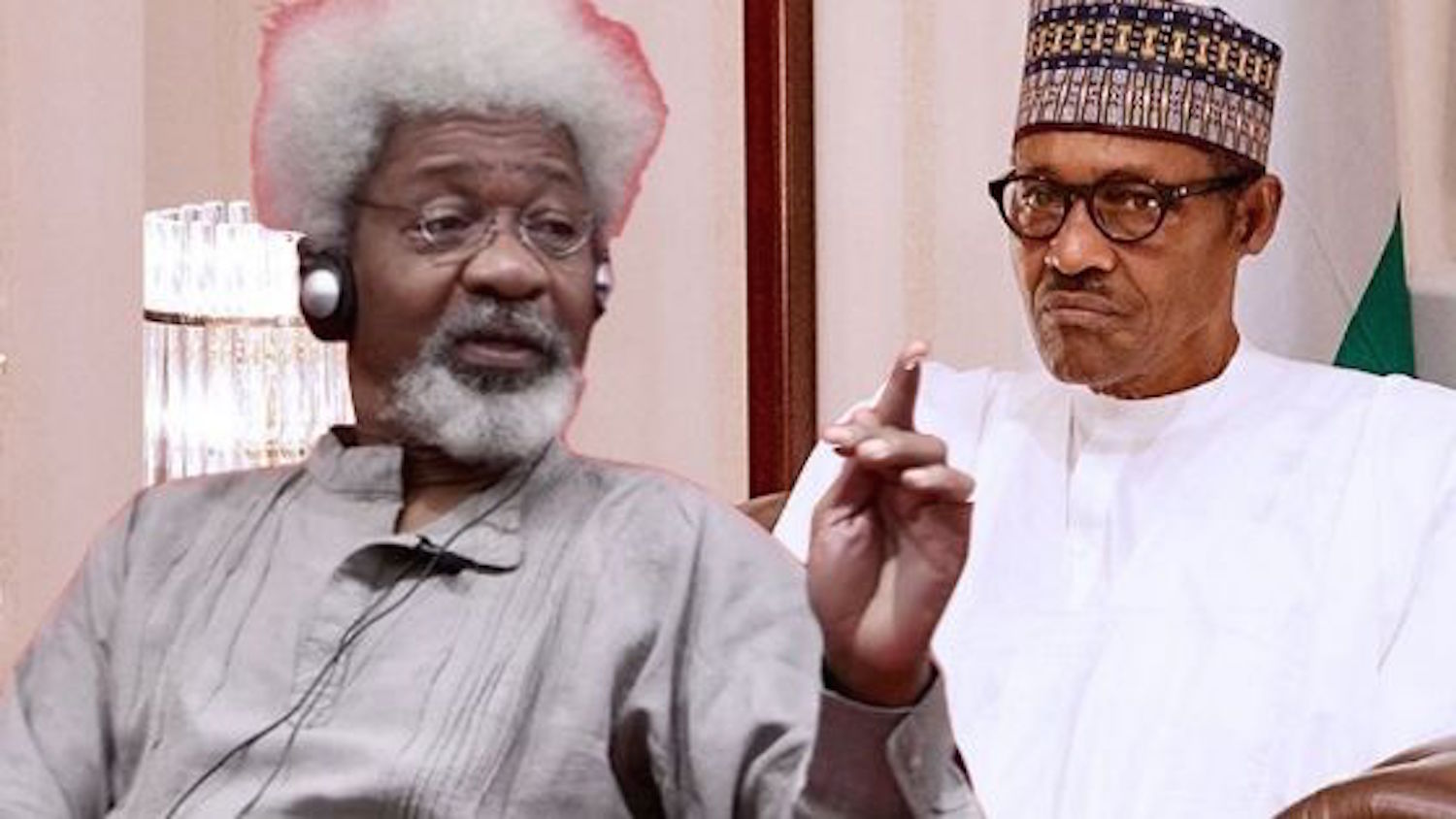 Nobel Laureate, Prof. Wole Soyinka has cried out that the president of Nigeria, Muhammadu Buhari is not in charge of affairs of the country.

Soyinka was reacting to an open letter written by Col. Umar Dangiwa, a retired officer and former military administrator of Kaduna State.

It will be recalled Dangiwa in his open letter cautioned Buhari against ethnicity and religious sentiments in making appointments.

He warned that such actions are capable of plunging the nation into further problems.

Reacting to the disclosures by Dangiwa in his letter, Prof. Soyinka said on Thursday during an interview on PlusTv Africa that he doesn’t believe Buhari is in charge of the affairs of the nation.

He also noted that those responsible for such lopsided appointments need to be punished.

“First of all, I was appalled by the silence that followed this revelation. I think those who are responsible for this criminal lopsidedness should be punished. It is not sufficient just to discuss it. It’s criminal,” Soyinka said.

Soyinka said his submission is based on what he has observed over the past one year and six months.

“I have said this before. I don’t believe there is really anybody in charge in Aso Rock. I’m sorry to say this. I’ve been studying the trend over the past year and a half and I believe this president is not in charge of this nation, in so many aspects and directions. I’m convinced he’s not really and totally with it.

“It’s so serious. It is not the fact alone, we know the history of this. We know what it has caused the nation and we know it isn’t over yet. And you say are launching an enquiry. That’s not enough. This man is not in charge.”