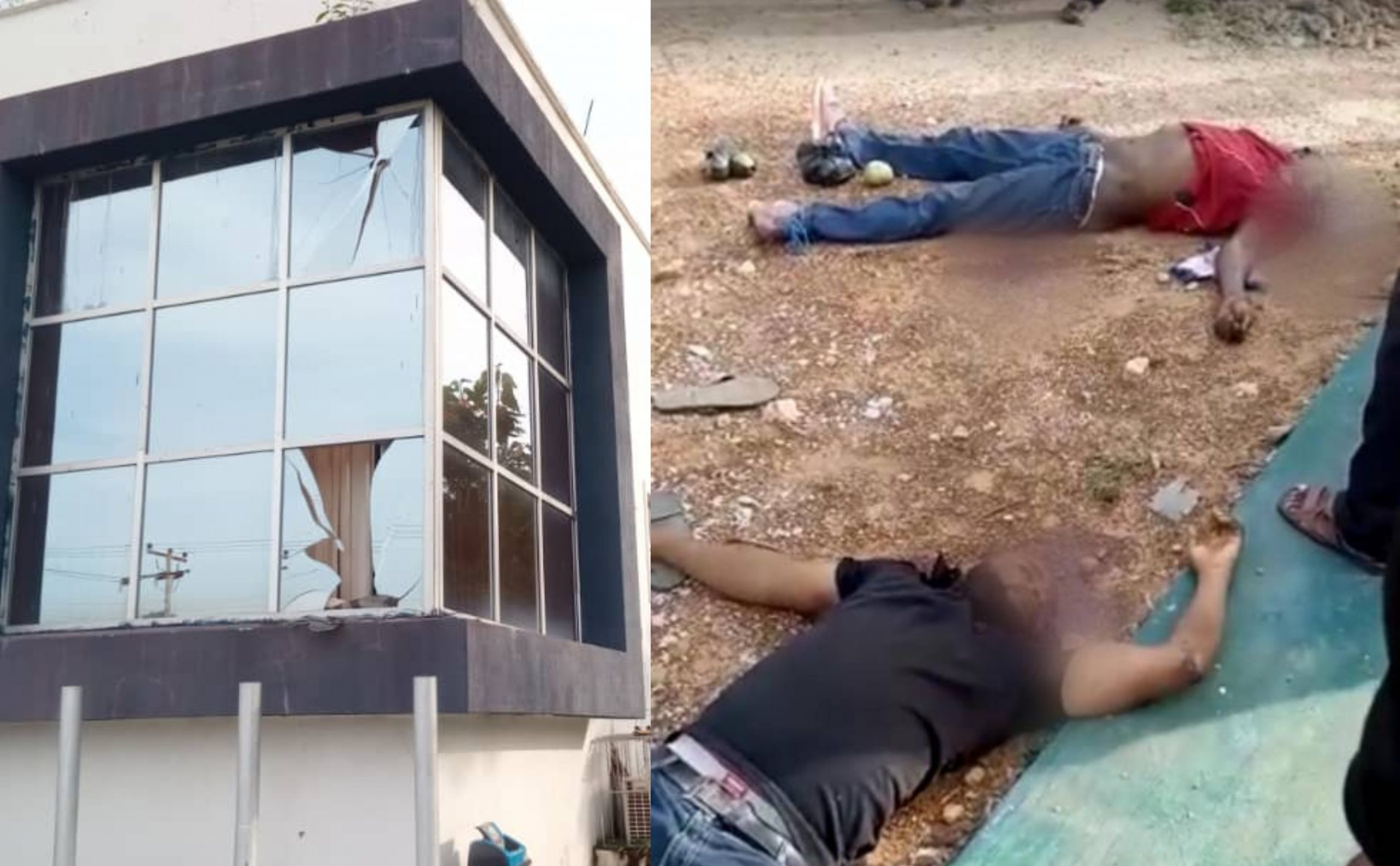 No fewer than 23 persons have been killed in a robbery attack that took place in a commercial in Isanlu area of Kogi State on Thursday.

It was gathered that the suspected armed robbers numbering about seven came into the bank with two vehicles.

It was further learnt that the security operatives numbering about seven on duty were killed alongside some passersby.

The gunmen were angered by their inability to gain access into the bank as they opened fire at the security personnel and onlookers.

Similarly, the gunmen invaded the Divisional Police Headquarters in Isanlu and killed some policemen on duty.

Aya said the actual casualty of the incident could not be ascertained but said the men of the Nigeria Police have been deployed to the area to calm the situation.