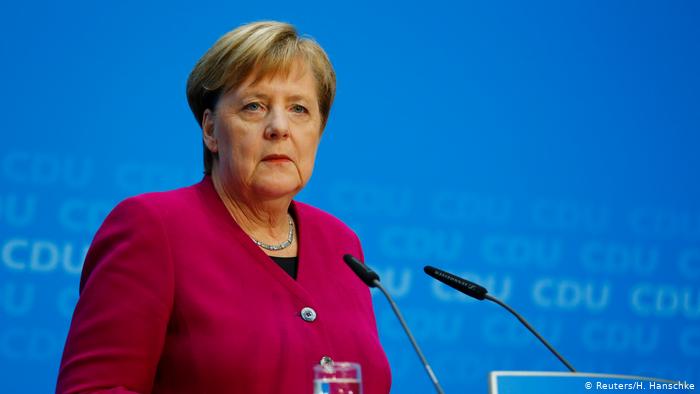 Like other economies around the world, it has taken a heavy hit from the coronavirus pandemic.

After two days of negotiations, German Chancellor Angela Merkel said her left-right coalition has come up with a “bold response” that will boost consumer spending, invest in innovation and ease the financial strain on German families and citizens.

Germany started lifting coronavirus measures on 20 April after about a month of lockdown, which compared to other countries was relatively short, but the country’s economy still went into recession in the first quarter of 2020. The downturn is expected to deepen in the current quarter.

In May, unemployment rose from 5.8% to 6.3% and the figure would have been significantly higher without the government program that allowed companies to cut back the hours and salaries of more than 7 million employees in return for keeping them on.

“It’s clear that all of this requires a bold response,” Merkel said on Wednesday. “It’s about securing jobs, keeping the economy running or getting it going again.”

The stimulus package will see the main value-added tax rate cut from 19% to 16% and the reduced rate from 7% to 5% for six months, starting 1 July.

The federal government will shoulder €120 billion of the overall package covering the years 2020 and 2021.

Municipalities in debt are to receive financial aid from the federal government and families will receive a €300 payment per child, with more support for single parents.

Among dozens of other measures, the government will extend aid to sectors that have been particularly badly hit by the pandemic, increase financial incentives for electric and hybrid vehicles, fund the expansion of childcare facilities and see greater government investments in areas such as renewable energy storage, quantum computing and digitalisation.

Germany already is offering a total of more than €1 trillion in aid via various packages. These include money to tide small companies and individual entrepreneurs through virus-related closures and to pump capital into bigger companies where needed.

After six years of keeping the budget balanced or “in the black”, which was long a point of pride for Merkel’s government, the crisis has forced authorities to borrow €156 billion to finance the existing rescue packages and cover an expected decrease in tax revenue.

Germany can afford to increase government spending, Finance minister Olaf Scholz has said, “because we’ve been financially prudent in recent years and can draw on savings.”

Asked whether there was a danger that Germany’s notoriously frugal consumers might take the government’s stimulus measures as an opportunity to buy a cheaper French car, Merkel said: “We have an interest in Germany being strong, but in particular that Europe is also strong overall.”

On Wednesday, the statistics agency Eurostat released a report showing the unemployment rate in the eurozone had risen during the coronavirus lockdown from 7.1% in March to 7.3% in April.

Europe’s rise in unemployment has been moderate by international standards because employers are making extensive use of furlough programs.

Germany’s federal labour agency pays at least 60% of the salary of employees who are on reduced or zero hours.