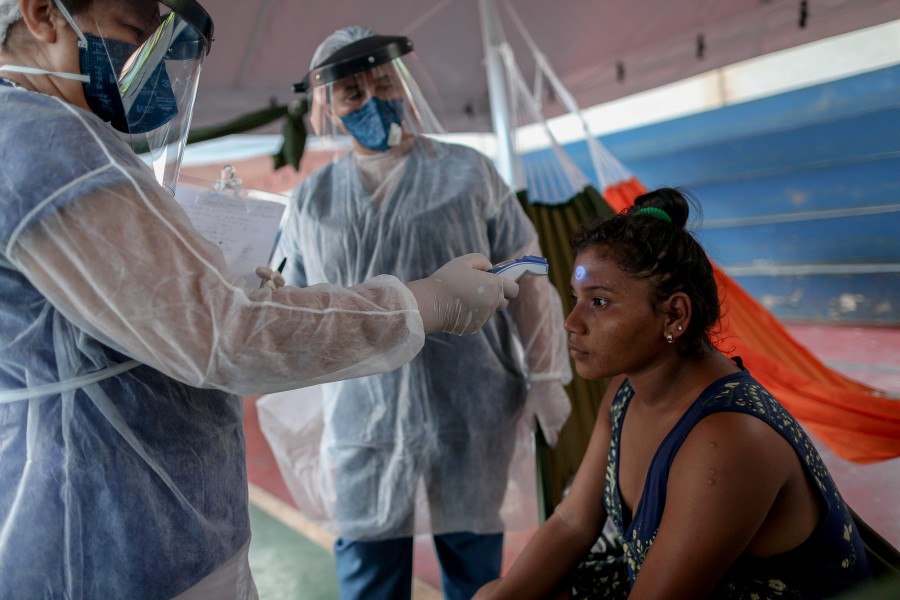 Brazil reported a record 1,349 coronavirus deaths in a 24-hour period Wednesday, the health ministry said, as the pandemic continued to take a grim toll on Latin America’s hardest-hit country.

The figure brought the total death toll from the new coronavirus in Brazil to 32,548, with 584,016 confirmed infections – the second-highest caseload worldwide, after the United States.

Brazil’s death toll, which has doubled in 17 days, is currently the fourth-highest worldwide, after the US, Britain and Italy.

Experts say under-testing in the country of 210 million people means the real numbers are probably much higher.

President Jair Bolsonaro has fiercely criticized coronavirus isolation measures, even as the number of infections and deaths continues to soar in Brazil.

Bolsonaro, who famously compared the virus to a “little flu,” appears to have pinned his hopes on the drugs chloroquine and hydroxychloroquine to stop it.

He has gone through two health ministers since the pandemic began, firing one and reportedly falling out with the other over his insistence on recommending hydroxychloroquine despite a lack of scientific consensus on its safety and effectiveness against COVID-19.

“We have several curves,” Gabbardo said, adding Brazil could face a similar situation to Italy, “which had a large number of deaths in the north and not in the south.”

Brazil has been hardest hit so far in the southeast — the business and industrial corridor that includes Sao Paulo and Rio de Janeiro — the impoverished northeast, and the north, including the Amazon region with its vulnerable indigenous population.

The impact has been felt less in the south of the country so far.

However, Gabbardo warned that if the coronavirus starts to spread rapidly in the south, which is about to hit cold winter temperatures and peak season for respiratory infections, “there could be very high pressure on the health system.”

The daily death toll of 1,092 was more than double the 470 fatalities reported the day before.