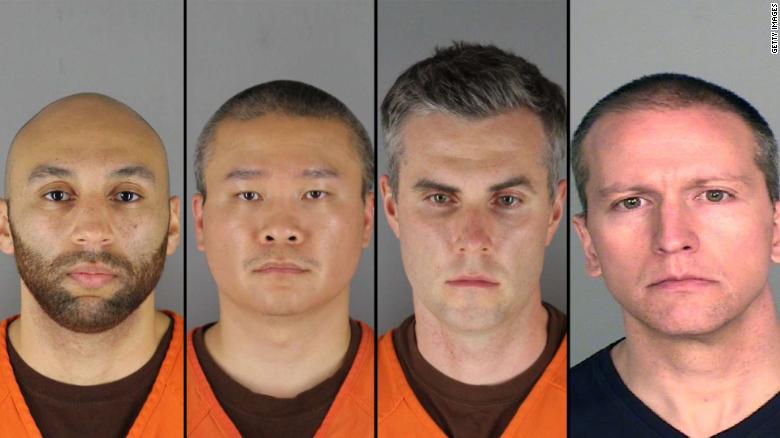 Three police officers present when George Floyd died have been charged while charges for the officer who knelt on his neck have been upgraded.

The three other officers present at the scene have been charged with aiding and abetting second-degree murder and have had arrest warrants issued in their name.

The new charges were sought by Minnesota Attorney General Keith Ellison, who called the protests unleashed by the death “dramatic and necessary” and said Floyd “should be here and he is not.”

“His life had value, and we will seek justice,” Ellison said.

Floyd’s family said in a statement released through their lawyer that “this is a bittersweet moment”.

“We are deeply gratified that Attorney general Ellison took this decisive action, arresting and charging all the officers involved in George Floyd’s death and upgrading the charge against Derek Chauvin to felony second-degree murder,” they added.

“These officers knew they could act with impunity, given the Minneapolis Police Department’s widespread and prolonged pattern and practice of violating people’s constitutional right,” they also said.