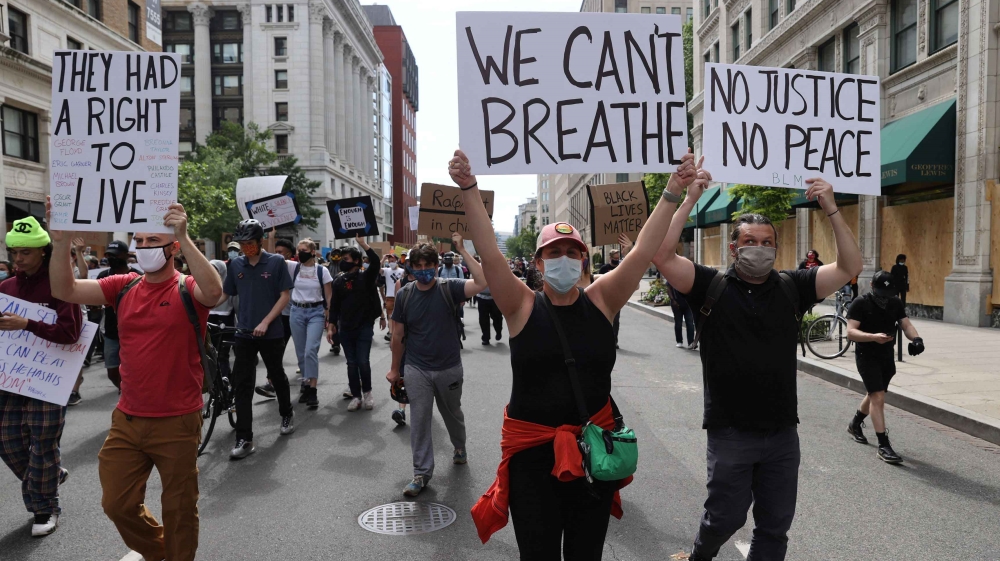 At least 9,300 people have been arrested across the United States amid the ongoing protests over the death of George Floyd, an unarmed Black man who died last week in police custody in Minneapolis, Minnesota, and police brutality nationwide.

US President Donald Trump has outraged faith leaders and protesters for walking to a historic church near the White House and creating a photo opportunity, just minutes after police used chemical smoke canisters and flashbangs on peaceful protesters to clear the way for the rare walk.

Protesters are demanding all four officers involved be charged in Floyd’s death. So far, only one – white officer Derek Chauvin, who knelt on Floyd’s neck for nearly nine minutes as he pleaded, “I can’t breathe” – has been arrested and charged on Friday with third-degree murder and manslaughter. Medical examiners have ruled the death a homicide.

Those protesting against police brutality have been met with, at times, excessive force by authorities. Journalists have also been targeted by police. Officers have also been injured in the protests.

Protesters have remained undeterred by curfews and the presence of the US National Guard in some cities. Largely peaceful protests have turned violent, with looting and vandalism as the night raged on.