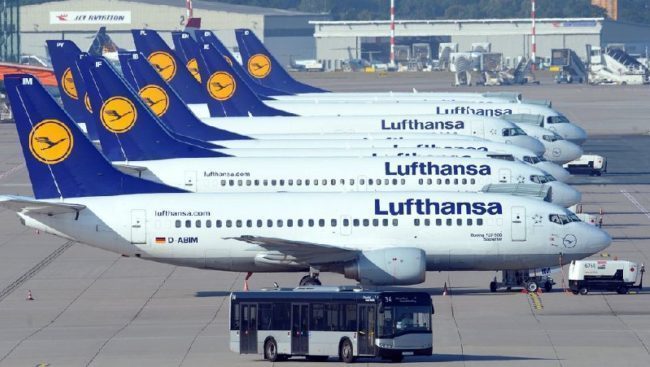 Lufthansa reported a substantial loss for the first quarter and said restructuring was necessary as its results were “significantly impacted” by the Covid-19 pandemic.

The German airline reported a net loss of 2.1 billion euros ($2.35 billion) for the first three months of the year on Wednesday. This compared to a loss of 342 million euros over the same period the year before.

It comes as passenger numbers dropped by more than 26% in the first quarter, compared to a year ago.

Wednesday’s results were originally scheduled for April 30, but were postponed due to the uncertainty surrounding the Covid-19 pandemic.

“Global air traffic has come to a virtual standstill in recent months. This has impacted our quarterly results to an unprecedented extent. In view of the very slow recovery in demand, we must now take far-reaching restructuring measures to counteract this,” Carsten Spohr, chairman of the executive board of Lufthansa, said in a statement.

There are indications that the second quarter will also be heavily impacted by the pandemic, as travel bans across the world continued to hit airlines.

Lufthansa reported a 98.1% drop in passenger numbers in April from a year ago, while passenger and freight numbers in May were also “significantly lower.” The group parked 700 of its 763 aircraft in April and May.

“From mid-June, however, the Lufthansa Group’s airlines will be significantly expanding their schedules to around 2,000 weekly connections to more than 130 destinations worldwide,” the company statement said.

“The aim is to make as many destinations accessible again for holidaymakers and business travellers.”

In an effort to cut costs, the German airline said it had reduced the hours of 87,000 employees and postponed or cancelled some projects planned prior to the crisis.

There will also be additional restructuring measures in other companies which are part of the wider Lufthansa Group.

These measures come after an agreement with the German government for financial support. The company agreed to hand over up to 24 take-off slots to competitors at Frankfurt and Munich airports in exchange for 9 billion euros ($10.05 billion) in support from the German government.

As part of the deal, the German government will get a 20% stake in Lufthansa.