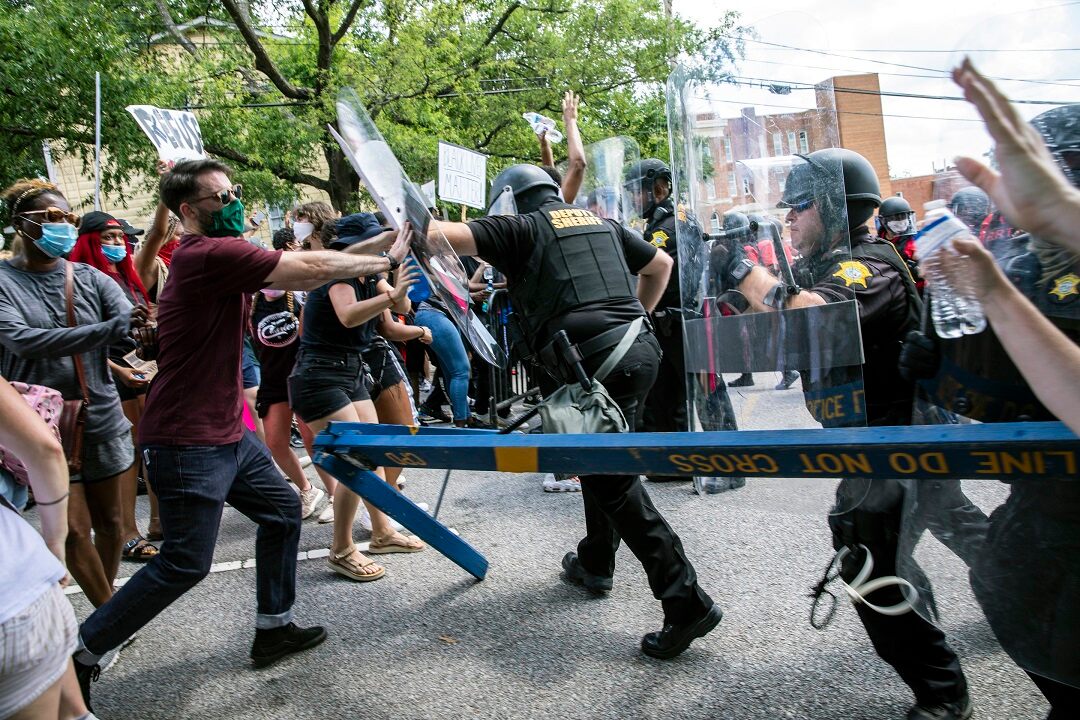 Chinese citizens are cheering the civil unrest that has besieged parts of the United States in the wake George Floyd’s death, according to Beijing’s state-run media, which said the riots in multiple cities are retribution for the Trump administration’s support of protesters in Hong Kong.

“Protests and chaos have spread from the US state of Minnesota to the rest of the country, and Chinese netizens are cheering,” Hu Xijin wrote in a Monday editorial for China’s state-run Global Times. “Washington supports rioters in Hong Kong, while now it is slapped in the face by violent protests across the US.”

Protesters have gathered across the country for several days of demonstrations in reaction to the May 25 death of Floyd, who died in police custody. A video of a Minneapolis police officer pinning his knee on Floyd’s neck has prompted outrage and backlash against law enforcement and the criminal justice system.

The officer, Derek Chauvin, was fired with three other officers and charged with murder. Peaceful protests in several cities to demand greater police accountability have divulged into widespread rioting and looting, along with a sometimes heavy-handed response from law enforcement. The National Guard has been called into several cities to quell the violence.

Hua Chunying, China’s foreign ministry spokesman, fired back at the U.S. over the nationwide riots, tweeting last week “I can’t Breathe,” the expression uttered by Floyd before he died.

Hu, the editor-in-chief for the Global Times, noted that almost no Chinese Internet users sympathize with American police officers. He added that the Chinese government and the National People’s Congress “exercised restraint” in not publicly condemning the firing of tear gas on and arrests of demonstrators.

He also accused U.S. officials of applying a double standard in denouncing the protests at home while supporting demonstrators in Hong Kong, who have increasingly pushed back against Beijing’s attempt to exert control over the semi-autonomous territory.

“Some people, including public intellectuals have argued that protests in the US are ‘evil acts of beating, smashing, and looting,’ while what happened in Hong Kong was a ‘just rebellion,'” Hu wrote.

“One should not impose on others what he himself does not desire,” he added. “When Hong Kong was engulfed in turmoil and Washington was pointing a finger at Beijing, Washington should have envisioned how unpleasant the Chinese people would be.”

Secretary of State Mike Pompeo announced last week that Hong Kong is no longer autonomous from China, days after China moved to impose a new national security law on the territory. Meanwhile, the Trump administration has taken Beijing to task over its treatment of Hong Kong protesters.

In his editorial, Hu cautioned the U.S. from vocally supporting “riots” elsewhere when it could find itself in the same predicament while warning American officials.

“I want to emphasize that the US has less and less capital to play a ‘double standard’ game right now,” he said. “It is unable to mess up China. It would be a wise choice for it to reconsider how to protect itself first.”