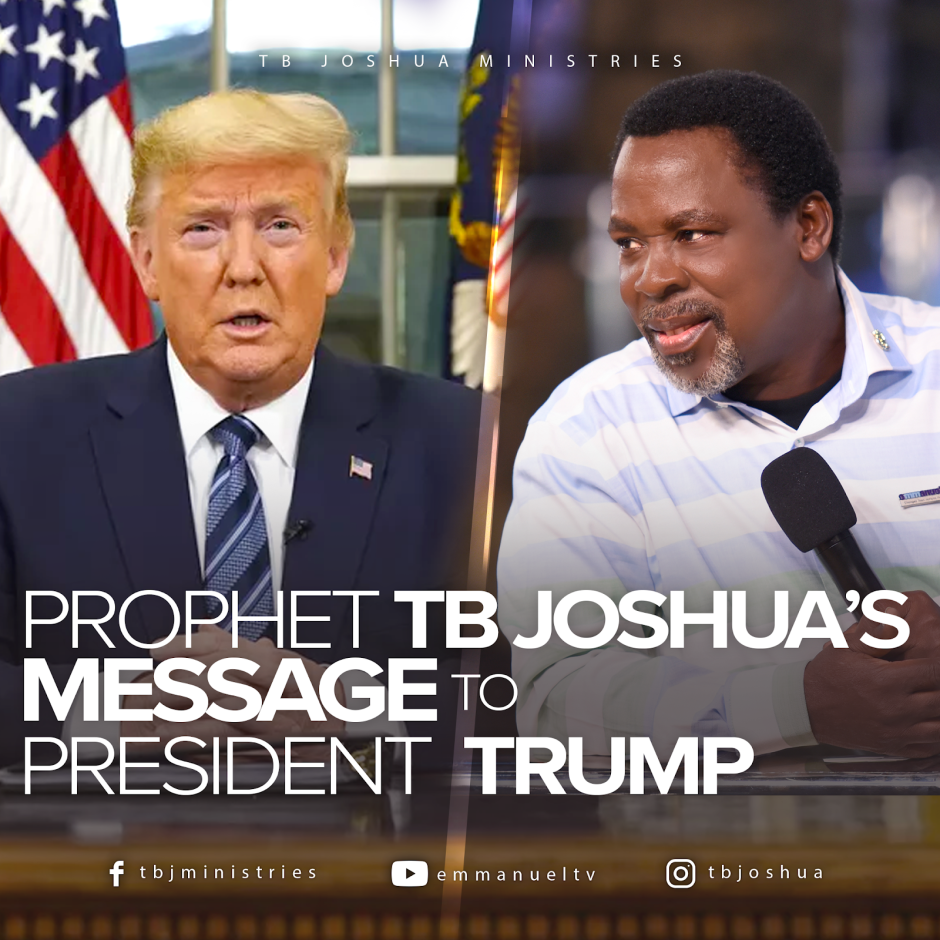 Prophet TB Joshua has sent fresh warnings to Donald Trump, President of the United States of America on the security situation in the country.

The Nigerian prophet warned that more security issues may arise “from the ending of June” which will surpass the current national unrest triggered by the death of George Floyd.

The clergyman made the fresh declarations in a message to Trump via his official Facebook Page. He also made reference to his previous warnings on how security issues would have a significant impact on the upcoming US elections in his 2020 prophecy released on December 28th, 2019.

“Approach to the security issue will affect the candidates and swing voters in the next election,” he had said in that prophecy for 2020, which he termed ‘The Year Of Humility’.

“President Trump, this is what is happening now,” Joshua continued, warning that “another one is coming” and calling on Trump to be alert “to checkmate this”.

“It will go beyond this. Another one is coming, starting from the ending of June. Where there is no vision, people perish,” he wrote.

Joshua acknowledged Trump’s tenure had seen “the name of Jesus… given more honour” but called on the US President to “look beyond” his ‘palace’ “for God’s authority”.

“With God, all things are possible! Let us act now. It is not all up to God; we have a role to play,” he charged the US president.

“More appeals to the people and security are required – in a language that will douse the tension and stop this situation – so we can then commit the future one into God’s hands,” TB Joshua concluded.

READ  Actress shares miracle story of the birth of her daughter

The murder of George Floyd has sparked violent protests across many cities in the US even as the government battles to bring the situation under control.

The protest in many cities has been characterized by shop looting, burning of cars and buildings, and other attacks.