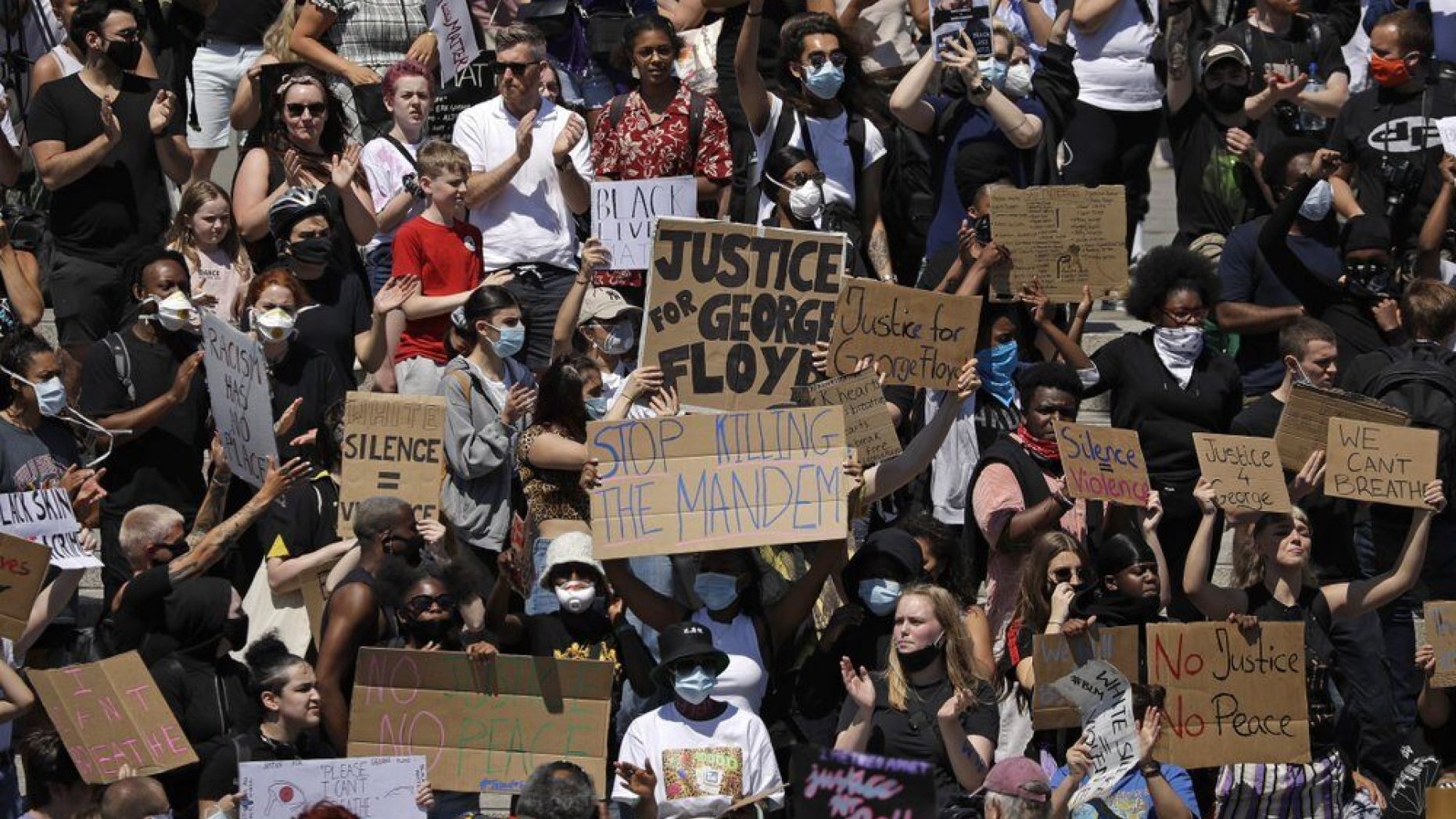 The widespread protests that were sparked after the death of George Floyd at the hands of Minneapolis police are getting support from others around the world.

Demonstrations popped up in several European cities and in Canada, more often than not near the cities’ respective U.S. embassy.

Pictures and video show people in London, Toronto, Berlin and more holding signs that say “Black Lives Matter” and chanting the same lines heard in cities across the United States.

Though sparked by Floyd’s death, the protests in these countries also focused on systemic issues of racism seen there. The protest in London saw chants in the historically black neighborhood of Peckham of “the UK is not innocent.”

Canada has merged their protests with those demanding justice for Regis Korchinski-Paquet, who fell from a 24th-floor apartment after her mother called the police to take her daughter to a mental health center.

After police entered the apartment, barring the mother and Regis’ brother from entering, Regis allegedly called out for her mother before falling to the ground.

As many as 4,000 people gathered in Toronto on Saturday to protest Canada’s racism. Prime Minister Justin Trudeau said it is a very “real” issue in his country. The protests, though, remained peaceful as protesters dispersed around nightfall.

The hashtag for Black Lives Matter went viral in India, even as people there see news reports of the bodies of laborers Mohan Lal Sharma and Arvina Khatun being discovered or police brutally beating an unconscious man.

More protests are planned over the next few weeks in cities around the world as people continue to demand justice and reform to police systems that the protesters see as deeply flawed.