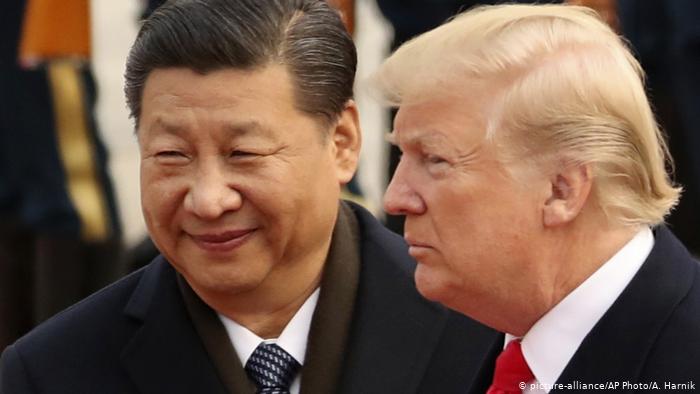 Speaking during a daily briefing, China’s Foreign Ministry spokesperson Zhao Lijian told reporters that the response from the international community had shown many disagree with the move.

“The U.S. has become addicted to quitting groups and scrapping treaties,” Zhao said, according to a Reuters report.

Trump on Friday had accused the WHO of becoming a puppet of China, claiming Beijing exercised “total control” over the United Nations health agency.

The WHO has denied the U.S. president’s claim that it promoted so-called “disinformation” about the outbreak. It has also described the U.S. decision to withdraw from the group in the midst of a pandemic as “disappointing” and “inexplicable.”

The European Union has since called on the U.S. to reconsider its position, saying the participation of all members in the UN health agency is required and “very much needed.”

To date, more than 6.1 million people have contracted Covid-19 across the globe, with 372,479 deaths, according to data compiled by Johns Hopkins University.

The U.S. has recorded by far the highest number of Covid-19 infections worldwide, surpassing the grim milestone of 100,000 deaths last week.

Trump’s decision to pull out of the WHO came after he warned the U.S would move to halt funding unless substantive changes were made within 30 days. On Friday, he said the WHO had failed to meet the “greatly needed” requirements set out in his ultimatum.

READ  What new Ekiti governor, Fayemi must do now – CACOL

The U.S. president has repeatedly criticized the organization’s response to the coronavirus pandemic, with the outbreak also a source of intensifying tension between Washington and Beijing.

Since his inauguration in January of 2017, Trump has espoused the need for his administration to take an “America First” approach to foreign policy.

He has now pulled out of an international pact to tackle the climate emergency, the Iran nuclear deal, the cultural agency UNESCO, the UN Human Rights Council, the Open Skies Treaty and the Intermediate-range Nuclear Forces, or INF, Treaty with Russia.