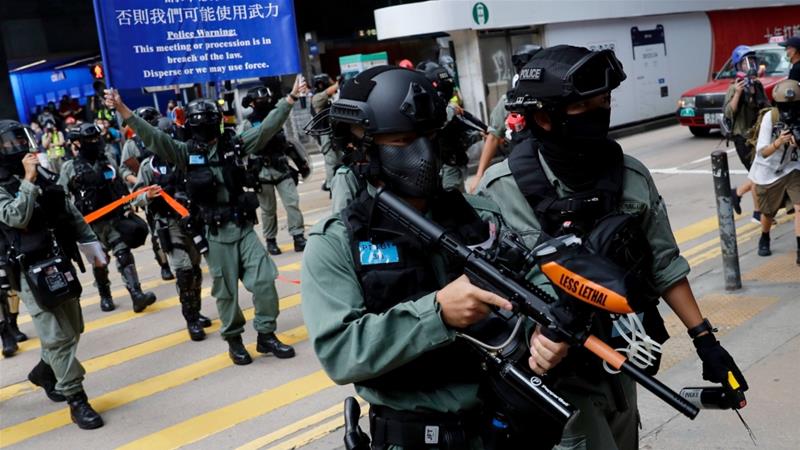 According to police at least 180 people were arrested in the city’s Causeway Bay and Central districts for allegedly participating in unauthorised assembly.

Police also surrounded the Legislative Council where a bill was due to be debated that would criminalise disrespect of the Chinese anthem, amid soaring tensions over perceived threats to the semi-autonomous city’s freedoms.

The bill would also require that the anthem be taught in schools and sung by organisations.

The semi-autonomous Chinese territory is also on edge over China’s plans to impose “national security” legislation on Thursday.

The Legislative Council, known as Legco, began its session at 11am (03:00 GMT). The session was adjourned for lunch before resuming at past 2pm (06:00 GMT).