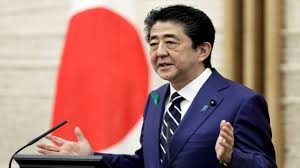 “We had very stringent criteria for lifting the state of emergency. We have judged that we have met this criteria,” Abe told a nationally televised news conference.

“Today we will lift the state of emergency nationwide,” he said.

Social distancing curbs had been loosened for most of the country on May 14 as new infections fell, but the government was keeping Tokyo and four other prefectures under watch.

The world’s third-largest economy has escaped an explosive outbreak with more than 16,600 infections and 839 deaths so far, according to NHK public broadcaster.