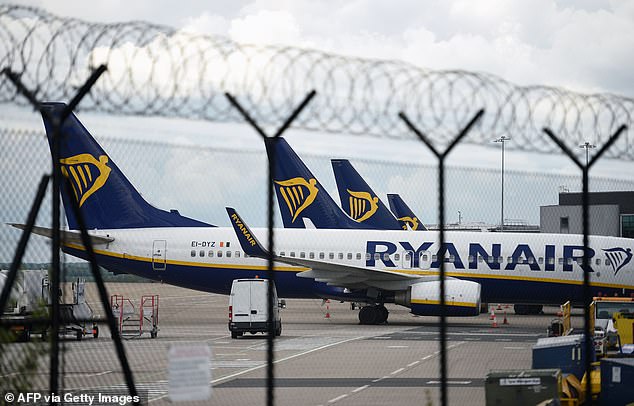 Ryanair CEO Michael O’Leary has told the EU’s transport chief to do something about flight refunds instead of “talking nonsense” about state aid.

O’Leary’s ire stems from Brussels relaxing the rules amid the lockdown and allowing the likes of France to bail out airlines with which it has strong historic links.

It comes amid a separate controversy that has seen a number of airlines flout EU law and refuse to give customers cash refunds for flights cancelled due to lockdown.

Adina Valean, the EU’s transport commissioner, told Euronews last week that Brussels was trying to help airlines with their liquidity problems and that the measures were temporary.

O’Leary told Euronews: “She is completely wrong, firstly if you’re putting in place these rules so the Germans can subsidise only Lufthansa or the French can subsidise only Air France KLM it is discriminatory and it is in breach of state aid rules.

“The transport commissioner should be out doing something effective about refunds instead of talking nonsense about these breaches of state aid and competition rules.”

Meanwhile, Lufthansa is reported to be in discussions with the German government about a bailout package worth up to €10 billion.

The EU generally prohibits national governments from providing financial aid to homegrown companies because it distorts competition within the single market. But rules have been loosened as the coronavirus lockdown threatens businesses.

O’Leary argues airlines don’t need state aid and that payroll support schemes across Europe — that see governments step in and pay employees’ salaries to prevent firms firing them — are sufficient to stay afloat.

“What’s clearly happening is we have the French and the Germans creating a huge fund — billions of state aid — that will allow them to either low-cost sell against the likes of Ryanair during the recovery period or allow them to engage in mergers and acquisitions and buy up all their weaker competitors when this is over.

“Instead of governments treating all airlines equally, they are massively subsidising the state aid junkies like Lufthansa and Air France.

“Air Italia has been renationalised. We don’t want state aid but we would like to see significant reductions in airport charges in Italy instead of these massive doses of state aid crack cocaine.”

Ryanair has grounded nearly its entire fleet because of the COVID-19 pandemic and ensuing lockdown.

Last week, it announced proposals to cut as many as 3,000 jobs. It also plans pay cuts of up to 20 per cent and unpaid leave for other staff.

COVID-19 lockdowns have led to an almost complete standstill in airline travel. Many airlines have grounded almost all their flights.

British Airways said it intends to cut up to 12,000 jobs. United Airlines is expected to slash 30 per cent of management jobs starting in October. And Air Canada, the country’s largest airline, announced a billion-dollar loss on Monday.

“We’re now living through the darkest period ever in the history of commercial aviation, significantly worse than 9/11, SARS and the 2008 financial crisis,” Air Canada CEO Calin Rovinescu said in a conference call with analysts.

Euronews has asked Valean to respond to O’Leary’s comments.