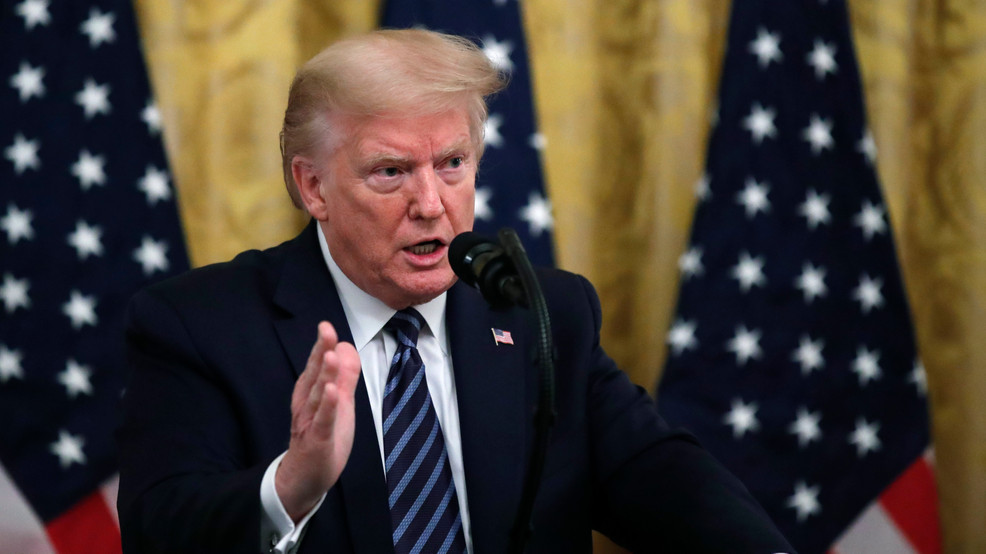 US President Donald Trump has alleged China might have deliberately chosen not to stop coronavirus.

At a White House press conference on Thursday night Trump repeatedly blamed China for its handling of the outbreak, criticising the country for restricting domestic travel to slow the virus but not international travel to keep it from spreading abroad.

He also did not rule out the virus was unleashed on purpose.

“It’s a terrible thing that happened. Whether they made a mistake or whether it started off as a mistake and then they made another one, or did somebody do something on purpose…say ‘Hey…’. You know, I don’t understand how traffic, how people weren’t allowed into the rest of China, but they were allowed into the rest of the world. That’s a bad, that’s a hard question for them to answer.”

The Office of the Director of National Intelligence, the clearinghouse for the web of US spy agencies, said it had excluded the virus was man-made but was still investigating the precise source of the global pandemic, which has killed more than 220,000 people worldwide.

Scientists have suggested the likeliest origin of the pandemic remains natural and that it spread from an infected animal to a human.

Earlier Thursday, before Trump’s comments, the Chinese government said that any claims that the coronavirus was released from a laboratory are “unfounded and purely fabricated out of nothing.”

“I would like to point out again that the origin of the virus is a complex scientific issue, and it should be studied by scientists and professionals,” Geng said.

READ  Buhari condoles with Okonjo-Iweala over death of dad (photos)

He also criticized those in the US who say China should be held accountable for the global pandemic, saying they should spend their time on “better controlling the epidemic situation at home.”

The US unemployment rate for April is expected to top 20% — a figure not seen since the 1930s Depression, when joblessness peaked at 25%.

The number of Americans thrown out of work could be much higher than the unemployment claims show, though, as some people may have not applied for unemployment benefits, whilst others could not get through to their states’ overwhelmed systems.

A poll by two economists found that the US may have lost 34 million jobs.

On Thursday afternoon, hundreds of protesters, some armed with rifles, entered the Michigan Capitol in a protest against Democratic governor Gretchen Whitmer’s stay-home order.

As the protest continued, the Republican-led Michigan House refused to extend the state’s lockdown measures and voted to authorise a lawsuit challenging governor Whitmer’s authority to combat the pandemic.

Whitmer believes she has other powers to respond to the crisis and does not need a legislatively-approved extension except to ensure that health care workers would continue to have special legal protections.

She has said the state of emergency will continue regardless.