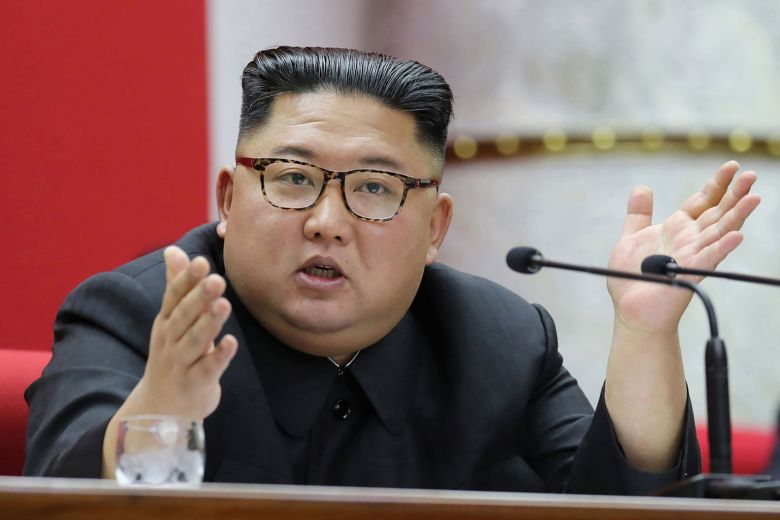 Conjecture over Kim has grown since his conspicuous no-show at April 15 celebrations for the birthday of his grandfather Kim Il Sung, the North’s founder — the most important day in the country’s political calendar.

“Our government position is firm,” said Moon’s special adviser on national security Moon Chung-in, in an interview with CNN on Sunday. “Kim Jong Un is alive and well.”

The adviser said that Kim had been staying in Wonsan — a resort town in the country’s east — since April 13, adding: “No suspicious movements have so far been detected.”

Kim has not made a public appearance since presiding over a Workers’ Party politburo meeting on April 11, and the following day state media reported on him inspecting fighter jets at an air defense unit.

His absence unleashed a series of unconfirmed media reports over his condition, which officials in Seoul previously poured cold water on.

“We have nothing to confirm and no special movement has been detected inside North Korea as of now,” the South’s presidential office said in a statement last week.

The comments came two years after Kim and Moon’s first summit in the Demilitarized Zone that divides the peninsula.

Seoul marked this anniversary with a ceremony at the South’s northernmost train station, seeking to highlight its commitment to a cross-border railway project.

But inter-Korean relations are largely frozen with talks between Washington and Pyongyang at a standstill, and there was no indication of any commemoration in the North.

Citing an unidentified source inside the country, it said Kim, who is in his mid-30s, had needed urgent treatment due to heavy smoking, obesity and fatigue.

Soon afterwards, CNN reported that Washington was “monitoring intelligence” that Kim was in “grave danger” after undergoing surgery, quoting what it said was an anonymous US official.

US President Donald Trump on Thursday rejected reports that Kim was ailing but declined to state when he was last in touch with him.

On Monday, the official Rodong Sinmun newspaper reported that Kim had sent a message of thanks to workers on the giant Wonsan Kalma coastal tourism project.

It was the latest in a series of reports in recent days of statements issued or actions taken in Kim’s name, although none has carried any picture of him.

Satellite images reviewed by 38North, a US-based think tank, showed a train probably belonging to Kim at a station in Wonsan last week.

It cautioned that the train’s presence did not “indicate anything about his health” but did “lend weight” to reports he was staying on the country’s eastern coast.

Reporting from inside the isolated North is notoriously difficult, especially regarding anything to do with its leadership, which is among its most closely guarded secrets.

Andrei Lankov, director of Korea Risk Group, said all reports should be “taken with a grain of salt,” but noted Kim’s disappearance was unusual.

“So for some reason, he is not really capable to act publicly,” Lankov told AFP.

Previous absences from the public eye on Kim’s part have prompted speculation about his health.

In 2014 he dropped out of sight for nearly six weeks before reappearing with a cane. Days later, the South’s spy agency said he had undergone surgery to remove a cyst from his ankle.