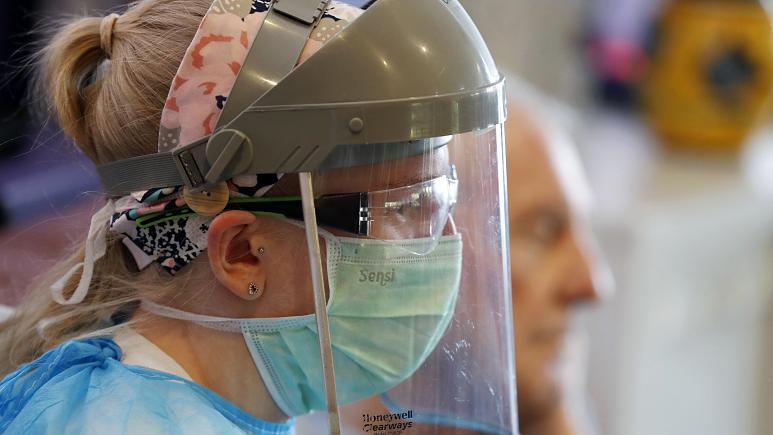 The US is the most heavily-impacted country, having lost more than 53,000 lives to the pandemic but Europe accounts about half of the world’s fatalities.

Death and infection figures are highly controversial however as countries use different methods to tally the numbers.

The UK became the fifth country to have recorded more than 20,000 deaths on Saturday.

Britain’s Department of Health and Social Care said that a further 813 people had succumbed to the disease over the previous day, bringing the total death toll to 20,319.

The four other countries to have passed that macabre threshold are the US, Italy, Spain, and France but Britain’s real death toll is likely to be much higher as UK authorities only report deaths observed in hospitals.

Several countries including France and Belgium include suspected COVID-19 deaths from nursing homes.

Home Secretary Priti Patel, who gave the government’s daily press briefing on the pandemic, said “the entire nation is grieving” as the death toll reached “another tragic milestone.”

She emphasized that “it is imperative that people continue to follow the rules”, stressing that “the action we are collectively taking is working and your sacrifices are undoubtedly saving lives.”

Regarding the government’s strategy to exit the lockdown, Patel reiterated that confinement measures would only be lifted after the country meets five tests including a sustained and consistent fall in the daily death rates and infections and that “there is no risk of a second peak of infection”.

Professor Stephen Powis, national medical director for NHS England, said that “the NHS has not been overwhelmed.”

“We’re beginning to see the benefits of that social distancing,” he went on, adding that the country is beginning to see a “sustained reduction” in the number of people treated for COVID-19 in hospitals.

Elsewhere, Spain’s death toll increase by 378 on Saturday to 22,902 after a slight rebound from the previous day. The number of cases, meanwhile, increased by nearly 3,00 to reach 205,905.

In Germany, the number of fatalities increased by 179 to 5,500, according to the government’s Robert Koch Institute for Infectious Diseases. The country has recorded 152,438 cases so far.

More than 199,000 people have died from COVID-19 across the world, according to a tally kept by the John Hopkins University. Europe accounts for over half of the fatalities.