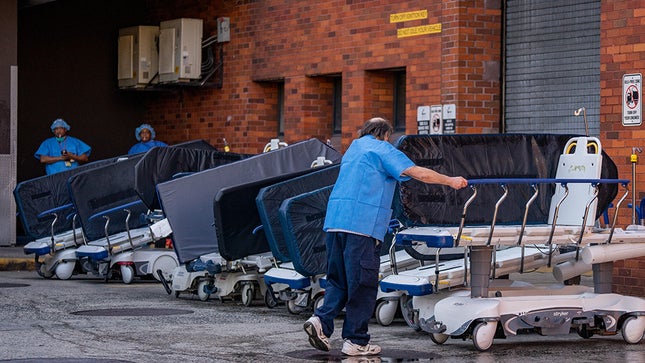 As many as half of the people who died in Europe from the novel coronavirus may have lived in nursing homes or long-term assisted living facilities, the top World Health Organization (WHO) official on the continent said Thursday.

The Associated Press reported that Dr. Hans Kluge, WHO’s Europe director, told reporters in a statement that a “deeply concerning” pattern was emerging in homes for the elderly as officials gain a handle over the full extent of the virus’s spread.

Up to half of the region’s tens of thousands of reported deaths were residents of such facilities and homes, Kluge added, calling it an “unimaginable tragedy.”

Homes for the elderly, Kluge reportedly said, have “often been notoriously neglected.”

Kluge also called for better training and support for overworked and underpaid long-term care workers, who he said lacked sufficient personal protective equipment to prevent the spread of the disease.

More than 80,000 deaths have been reported across Europe from the virus, according to the latest statistics from regional health officials. Italy, France and Spain have seen the worst of the outbreak, with all three countries reporting death tolls higher than 21,000 each as of Thursday.

Germany has the highest number of coronavirus cases of any European country, according to the country’s health statistics, but has reported just 5,315 deaths from more than 90,000 cases.