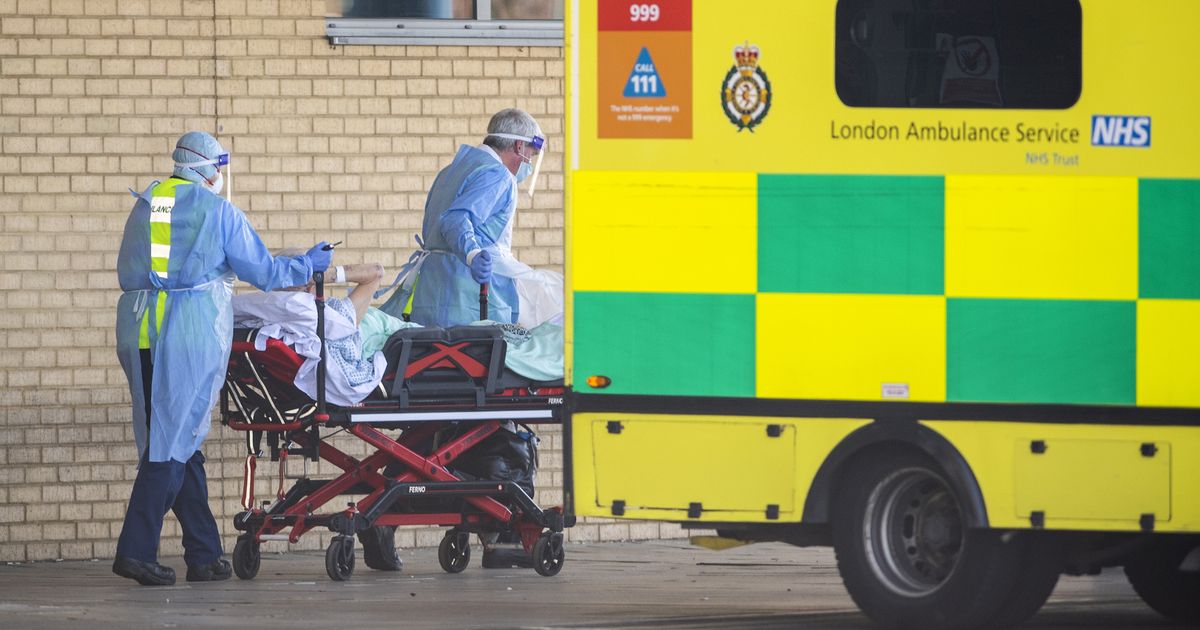 A further 638 deaths related to COVID-19 have been recorded in UK hospitals, taking the total to 18,738.

There are now also 138,078 confirmed coronavirus cases, a rise of 4,583, the Department of Health has said.

The number of COVID-19 related deaths in hospitals in England has risen by 514 today, taking the total to 16,786, according to NHS England.

Two of the deaths happened in March and 110 took place between 1 and 19 April, with the rest occurring after the latter date.

In the rest of the UK, Scotland had reported another 58 deaths, bringing its total to 1,120 and Wales recorded a further 17 for a total of 641. Northern Ireland was yet to publish its latest figures.

The numbers are different from the Department of Health’s UK-wide figure due to differences in accounting.

There are more than 2.6 million cases globally, with 184,000 deaths and 721,000 recoveries, according to Johns Hopkins University in the US.

A new study has been launched to track COVID-19 cases in the population and understand how the coronavirus is spreading and how many people have developed antibodies to it.

About 20,000 households in England have been asked to participate, with findings expected in early May.

Participants will provide a nose and throat swab to test for the virus and 1,000 adults will be asked to provide a blood sample to test for antibodies.

Meanwhile, a minister has admitted it is “dreadful” care workers have not been tested when they want to be.

Northern Ireland secretary Brandon Lewis told Good Morning Britain: “That’s why it’s important we do upscale the ability for people to access these tests, both with more test centres, the ability to have the tests at home, and the ability to apply for them directly rather than having to apply through their employer, which has been slowing things down.”

Nurses who treated the prime minister have spoken about the care they gave him as his worsening coronavirus symptoms forced him into intensive care at St Thomas’ Hospital.

Boris Johnson is recuperating at Chequers, the country home afforded to the prime minister.

In a video released after he left hospital, he thanked two nurses – Luis from Portugal and Jenny from New Zealand – for being by his bedside.

Luis Pitarma, 29, recalled in a statement: “I asked how he would like to be addressed and he said to call him Boris.

“That made me feel less nervous because he took away any formality. He just wanted to be looked after like anyone else.

“Knowing that I was watching over the Prime Minister felt quite strange because I’ve never looked after someone high profile before.

He added that he chatted to Johnson about how he had been inspired by Florence Nightingale and wanted to work at St Thomas’ because of her connection to the hospital.

Jenny McGee told TVNZ: “He was just another patient we were trying to do our best for. It was business as usual.

“When I got in the car after work each night and I could hear things about Boris Johnson on the news that was very surreal.

READ  Covid-19: Number of new cases continues to go down

“These patients who come in to us, it’s a very scary thing for us so we don’t take it lightly.

“He absolutely needed to be there.”

A think tank has recommended an extra bank holiday to honour NHS workers.

The Institute for Public Policy report has also suggested giving NHS staff a 10% bonus, worth up to £3,000 for a newly qualified nurse.

The report’s author Chris Thomas said: “Our care heroes are making significant sacrifices to pull our country through this crisis.

“It is imperative the government does not allow their efforts to become a modern Charge of the Light Brigade.”

The country has joined in a round of applause for carers every Thursday evening.