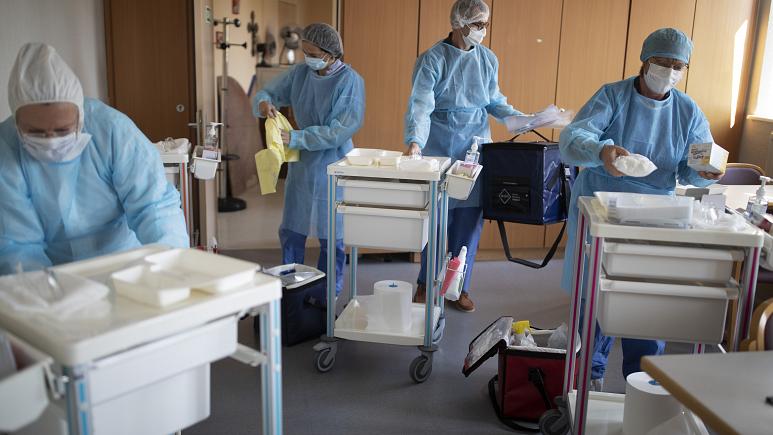 Less than 6% of the French population will have been infected with COVID-19 by the time the lockdown is scheduled to be lifted, scientists from the Institut Pasteur have found, warning that the figure is too low to “avoid a second wave” if all control measures are released at the same time.

According to the study released on Monday, the strict lockdown measures introduced in France on March 17 have had a “massive impact” on the spread of the pandemic, resulting in an 84% reduction in transmission with the virus’s reproductive number dropping from 3.3 to 0.5.

President Emmanuel Macron announced last week that confinement measures would be gradually lifted from May 11 but has remained vague on the details. Large gatherings including festivals and public places including theatres and cinemas will, however, remain closed until at least mid-July, Macron said.

The government has promised to release a more comprehensive plan by the end of the month, outlining which sectors of the economy will be allowed to open on the day.

It has also called on the most vulnerable to the disease — such as the elderly and people with pre-existing conditions — to voluntarily extend their lockdown but ruled out making it mandatory.

The Institut Pasteur estimated that 3.7 million people — 5.7% of the population — will have been infected with COVID-19 by May 11.

Coronavirus and the elderly: How is life inside a French retirement home amid COVID-19 outbreak?
“Assuming a basic reproductive number of R0=3.3, it would require around 70% of the population to be immune for the epidemic to be controlled by immunity alone. Our results therefore strongly suggest that, without a vaccine, herd immunity on its own will be insufficient to avoid a second wave at the end of the lockdown,” the scientists warned.

They stressed that “Efficient control measures need to be maintained beyond 11 May.”

France has been severely hit by the pandemic, recording more than 20,000 deaths — the world’s fourth-highest national tally, according to the Johns Hopkins University.

Nearly two-thirds of the deaths have been observed in hospitals with the remaining registered in care homes across the country.

Global health experts, including the World Health Organisation (WHO), have stressed that a vaccine is unlikely to be ready for testing for at least a year and that much remains unknown about the virus, including how long people are immune to it after recovering from it.

The WHO has advised countries around the world to keep confinement measures for as long as possible, stressing that the best way to tackle the pandemic is to “test, test, test” people and aggressively trace contacts of those who test positive.

The French government, which has come under pressure for the lack of protective equipment and test kits, has said that 500,000 people a week should be able to be tested by May 11. Macron said however during his televised address that “we won’t test every French person — it would have no meaning.”

Several counties across Europe have already started to ease restrictions including Germany, Austria, Spain and Denmark.