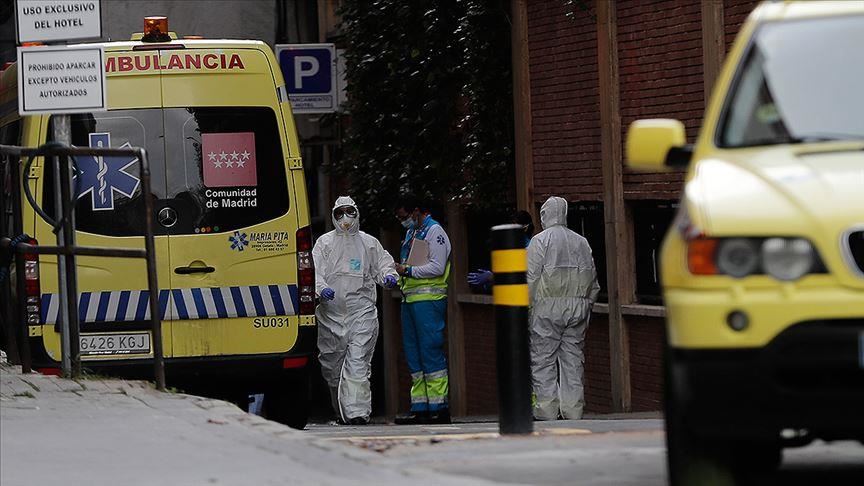 Spain’s death toll from the coronavirus pandemic climbed to 18,056 on Tuesday, Europe’s second highest after Italy, as the government began lifting lockdown restrictions on certain sectors of the economy.

Health officials said the overnight death toll from Covid-19 rose to 567 on Tuesday from 517 a day earlier, while the country reported its lowest increase in new cases since March 18.

The figures defied the common fear that a backlog of unreported infections over the Easter holidays could have reverted the recent trend of the slowdown in the spread of the epidemic.

Some sectors of the economy, including construction and manufacturing, have been allowed to restart, but Health Minister Salvador Illa said that Spain remained in lockdown. Shops, bars and public spaces are to stay closed until at least April 26.

The lockdown has helped to slow a spiralling death rate that reached its peak in early April.

But some Spanish workers expressed concern that the relaxation of restrictions could trigger a new surge.

“I would have preferred to wait 15 more days confined to home or at least one more week and then come back,” said Carlos Mogorron, a 27-year-old engineer from Extremadura in western Spain.

Experts have also warned that the real figures could be different because Spain has not begun widespread testing and because the government itself acknowledges that coronavirus-related fatalities are not being efficiently recorded.

A study by Spain’s main epidemiology institute on the excess mortality compared to the average in over a decade shows that there were some 1,500 more “unexpected” deaths between March 17 and April 11 than those officially attributed to the coronavirus.

READ  Atiku And The Cameroon Journey