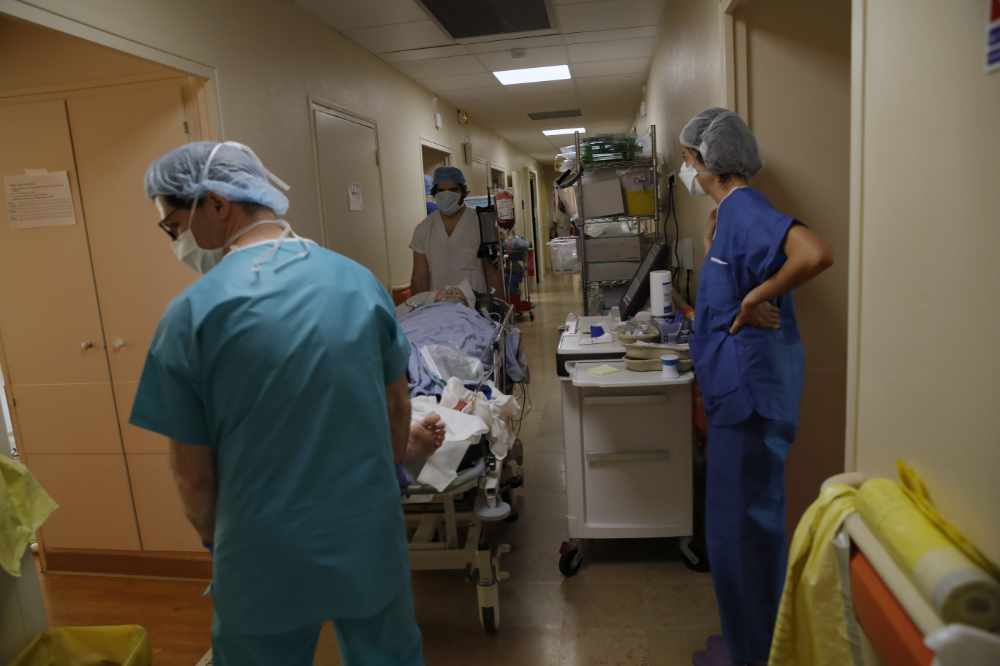 The worldwide death toll from COVID-19 passed the 100,000 mark on Friday, three months after the new coronavirus killed a 61-year-old Chinese man from Wuhan on January 9.

More than 1.7 million declared cases have been registered in 193 countries.

The sad milestone came as Christians around the globe marked a Good Friday unlike any other — in front of computer screens instead of in church pews.

First Asia, then Europe in March and now the United States have each, in turn, become the epicenter of the COVID-19 pandemic, which has forced more than half of humanity into lockdown.

Despite sometimes draconian confinement measures, the number of daily deaths has accelerated across the globe — from fewer than 500 per day in mid-March, to more than 5,000 at the start of April and now nearly 7,500.

In the last eight days, more deaths were registered than in the preceding 84 days.

Of more than 1.6 million declared cases, at least 335,900 are considered recovered.

Italy and Spain are the two European countries hardest hit with 18,849 and 15,843 deaths respectively.

But there appear to be the first glimmers of hope — after a peak of nearly a thousand deaths in 24 hours, on March 27 in Italy and on April 2 in Spain, the daily figures seem to have reached a plateau and are slowly starting to come down.

Nevertheless, the situation is continuing to get worse in others.

In Britain, while Prime Minister Boris Johnson was back on his feet to recovery from COVID-19, the nation recorded its deadliest day yet with 980 more deaths, taking the country’s overall toll to nearly 9,000.

Saudi Arabia announced 364 new cases, 19 recoveries and three deaths. The overall case count has now reached 3,651, with 2,919 active cases; 57 of them are now in the intensive care unit, while 685 were treated and 47 have died.

Some countries are tiptoeing toward reopening segments of their battered economies. But the World Health Organization chief has warned that a premature lifting of stay-at-home and other restrictions could spark a “deadly resurgence” of the virus.

Meanwhile, the first person to contract Ebola in Democratic Republic of Congo in more than 50 days has died, ending hopes that the second worst outbreak of the disease in history might be over.

Actual toll could be higher

The tallies, using data collected by AFP from national authorities and information from the World Health Organization (WHO), probably reflect only a fraction of the actual number of infections.

Many countries are only testing the most serious cases. Others do not have a policy of large-scale testing when resources are severely lacking, as in Africa.

“There are problems with all the indicators, but the number of cases depends a lot on the number of tests,” said French epidemiologist Catherine Hill.

“The number of dead is a good indicator provided that you do not change the parameter along the way.”

In France, for example, deaths in nursing homes were not counted until April 2 and the daily number of deaths in these establishments prior to that date would have to be reconstructed.

Some countries, such as Spain, have also questioned whether their tolls might be higher, as people dying at home are generally not taken into account.

The spread has accelerated in recent weeks — in 11 days, the number of deaths has doubled. Almost everywhere in Europe, morgues are overwhelmed, with coffins lined up in churches in Bergamo, an ice rink in Madrid and a market hall in Rungis in France.

The disease is now spreading fastest in the United States, and New York state in particular, where the number of registered cases has surpassed Italy’s, with more than 160,000 for the state and 93,000 for New York city alone.