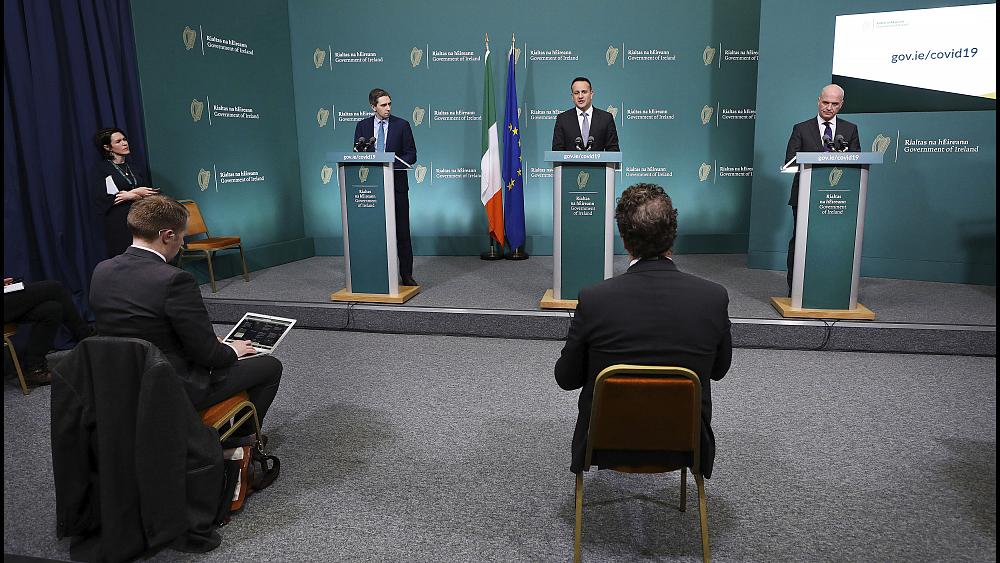 The Republic of Ireland is to extend its Covid-19 restrictions for a further three weeks until 5 May.

There have been 288 Covid-19 related deaths in the country, while the death toll in Northern Ireland is 92.

On Friday, there were 25 deaths confirmed in the Republic of Ireland, while the number of confirmed cases rose by 480 to 7,054.

More than half of the country’s deaths – 156 – had been in nursing homes, Irish broadcaster RTÉ has reported.

Mr Varadkar thanked people for their “forbearance and sacrifice” in the efforts to stop the spread of coronavirus.

If people continued to follow the current guidelines, the lockdown would hopefully be eased after 5 May, he said, but warned restrictions “won’t be eased in one go”.

An update on the state of the lockdown in the UK – where PM Boris Johnson is recovering in hospital having contracted the virus – is expected within days.

Earlier, the chairman of the coronavirus expert advisory group said people could not be complacent about the dangers of Covid-19 because “given the opportunity, this virus will run rampant”.

“We are not going to return to a normal state of affairs soon”, said Dr Cillian De Gascun.

Dr De Gascun said he hoped testing would increase dramatically in the next week due to extra laboratory capacity.

Leo Varadkar’s announcement comes at a time when the authorities can point to how their measures are working, while saying more needs to be done.

Ministers admit the curbs are hard to live with, but advise people to persevere and not to lose focus as they see the light at the end of the tunnel.

The Irish authorities will be keeping a close eye on Denmark, Austria and the Czech Republic to see how they fare as they loosen restrictions.

The country is still planning on having its Leaving Cert state exams this summer – Ireland’s equivalent of A-Levels – but not before the end of July.

That may be an indication that the government hopes normality will have returned by then.

People have been told they should travel no further than two kilometres from their home unless it is absolutely necessary, or unless it is for food shopping.

Gardaí have warned people against travelling to holiday homes, caravan sites or other traditional holiday locations over the Easter weekend.

In Northern Ireland, police have also vowed to take a tough approach over Easter: The Police Service of Northern Ireland issued three people with £60 fines on Friday for breaching restrictions.

The PSNI has also set up a new webpage where people can report instances of social distancing not being respected.