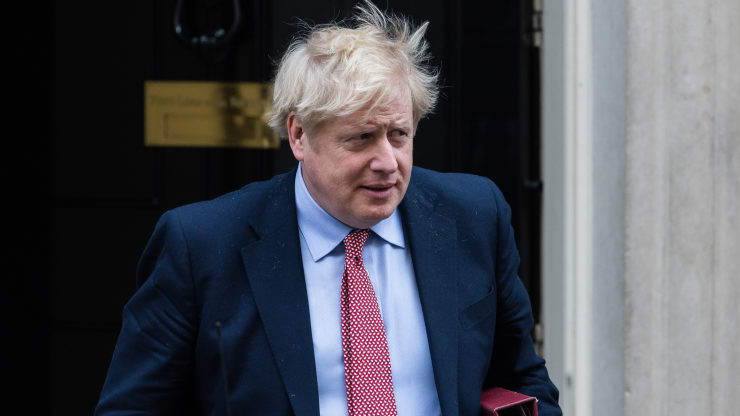 U.K. Prime Minister Boris Johnson was released from intensive care on Thursday, after being admitted for coronavirus treatment.

“The Prime Minister has been moved this evening from intensive care back to the ward, where he will receive close monitoring during the early phase of his recovery,” a spokesman for No. 10 Downing Street said in a statement to NBC News.

“He is in extremely good spirits,” the spokesman said.

The Conservative Party leader announced on March 27 that he had contracted COVID-19, making him the first major governmental leader known to have contracted the virus.

Johnson, 55, tweeted Monday morning that had been admitted to St. Thomas’ Hospital in London the previous night for “some routine tests” because he was still experiencing coronavirus symptoms. He previously said that he had been tested for the virus after coming down with “mild symptoms,” including “a temperature and a persistent cough.”

On Monday afternoon, a government spokesman said Johnson was moved to the ICU after his symptoms “worsened.”

Dominic Raab, the U.K.’s foreign secretary, has been deputizing for Johnson in his absence.

As of Thursday, more than 61,516 people had contracted the coronavirus in the U.K., with 7,097 deaths nationwide, according to data compiled by Johns Hopkins University.

The U.K. reported its largest daily rise in deaths so far on Wednesday, with 938 fatalities in 24 hours, bringing the country’s death toll past the grim milestone of 7,000.

Two days before Johnson revealed that he had tested positive for the coronavirus, the British royal household announced that Prince Charles, the 71-year-old heir to the throne, had contracted the coronavirus.

President Donald Trump, who said he has tested negative for the virus twice, congratulated Johnson in a tweet later Thursday.

At a White House press briefing on Wednesday night, Trump said that he has discussed Johnson’s condition with U.K. representatives.

“I think that their great prime minister is doing much better today, or at least better,” Trump said.

“Certainly, he’s had a tough bout, and he’s still going through a tough time, but he seems to be doing better. That’s good. We send our regards to Boris and his family and his friends, all of the people that really love him,” Trump said.