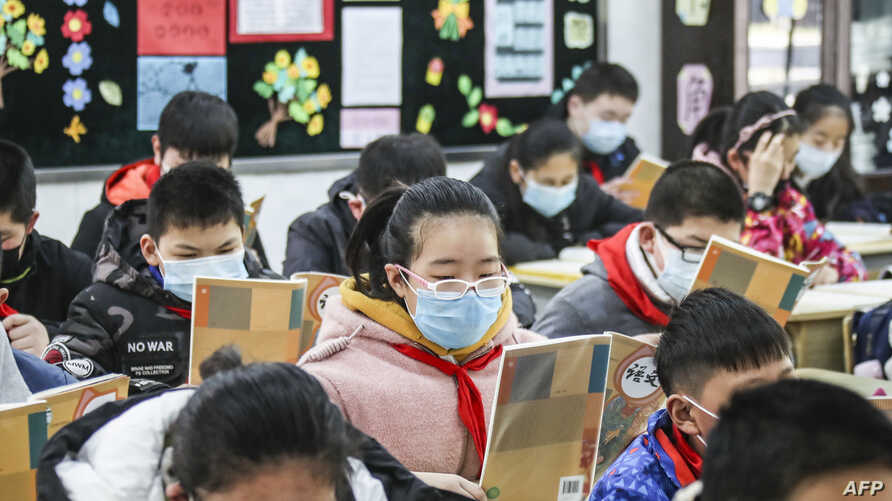 China on Tuesday reported no new coronavirus deaths for the first time since it started publishing figures in January, the National Health Commission said.

Cases in mainland China have been dwindling since March, but the country faces a second wave of infections brought in from overseas, with health officials reporting nearly 1,000 imported cases in total.

Mainland China had 32 new confirmed cases of the coronavirus on Monday, down from 39 cases a day earlier, the National Health Commission said.

All of the 32 confirmed cases involved travellers arriving from overseas, compared with 38 imported cases a day earlier. The overall number of imported infections so far stands at 983, the health authority said.

China has shut its borders to foreigners as the virus spread globally, though most imported cases have involved Chinese nationals returning from overseas. International flights have been slashed to around 3,000 a day in April from the tens of thousands previously.

It has also started testing all international arrivals for the virus this month.

The total number of confirmed cases in mainland China stood at 81,740 as of Monday, according to the authority.

As of Monday, 1,033 asymptomatic patients were under medical observation.

The National Health Commission reported no new deaths in Wuhan, capital of Hubei and epicentre of the outbreak in China, for the first time since the outbreak started.

Wuhan is due to allow people to leave the city on Wednesday for the first time since it was locked down on Jan. 23 to curb the spread of the epidemic.

To date, 81,740 people have been infected and 3,331 have been killed by the deadly virus in China, with the vast majority in Wuhan and the surrounding Hubei province.

Meanwhile, the global death toll from the pandemic has surpassed 70,000 as the virus ravages numerous countries in Europe and the US.

(FRANCE 24 WITH REUTERS and AFP)