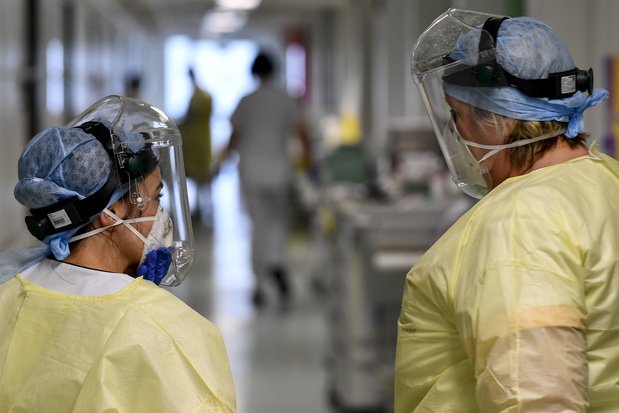 185 new deaths because of the new coronavirus (Covid-19) were reported in Belgium, confirmed the FPS Public Health during a press conference on Monday.

Of the newly-reported deaths, 60 occurred in Flanders, 80 in Wallonia, and 45 in Brussels.

The total number of deaths in Belgium since the beginning of the pandemic is currently 1,632. “Of those deaths, 80% are people who died in the hospital and tested positive for the virus. The other 20% are suspected coronavirus related deaths outside the hospitals,” said professor Steven Van Gucht, adding that many of them were elderly people.

At the moment, Germany has reported roughly the same number of deaths (1,584, according to German newspaper Der Tagesspiegel) as Belgium, despite having over 100,000 confirmed cases, which is about five times more than Belgium. However, it is still too early to start analysing the figures or draw conclusions, according to Van Gucht.

“The figures depend on who is tested and who is included in the death count,” he said. “We count the deaths in hospitals and in residential care centres, but also in home situations. Often these are very fragile people of old age, and often there is only a suspicion of the coronavirus, which was not confirmed in the lab. As far as I know, there are only a few countries that include the few suspected deaths in their statistics,” said Van Gucht.

“The situation varies from country to country, from region to region, and especially in large countries,” added professor Emmanuel André.