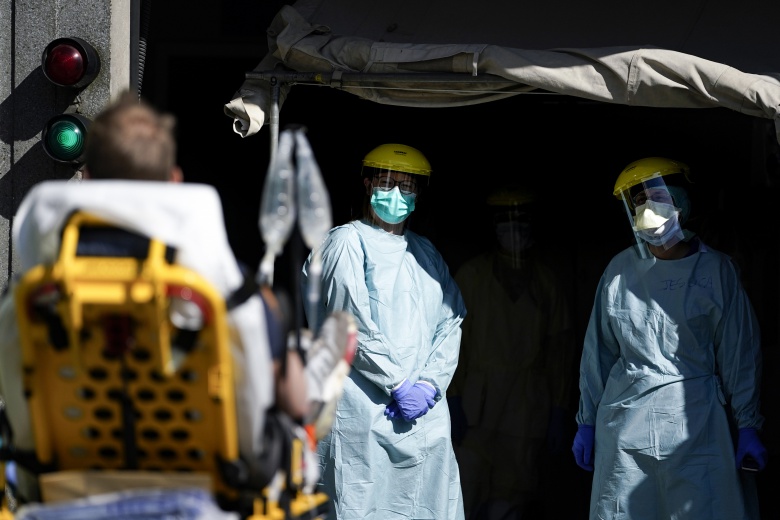 1,422 new people have tested positive for the new coronavirus (Covid-19), confirmed the FPS Public Health during a press conference on Friday.

865 of the newly-infected people live in Flanders, 374 live in Wallonia, and 167 live in Brussels. The FPS does not yet have further information on the place of residence of 16 other people. The total number of cases in Belgium, since the beginning of the pandemic, is 16,770.

The total number of people admitted to hospital because of the coronavirus at the moment is 5,552. “This is an increase of 578 patients in one day,” said professor Steven Van Gucht. Of those patients, 1,205 are in the intensive care unit.

However, 377 new people have also been discharged from the hospital in the last 24 hours.

132 new deaths have been reported, 60 of which occurred in Flanders, 51 in Wallonia, and 21 in Brussels. The total number of deaths in Belgium since the beginning of the pandemic is currently 1,143.

“The figure of new people admitted to the hospital seems to be stabilising, as the number fluctuates between 500 and 600 new cases,” said Van Gucht. “That is still high, but it is a good sign that it does not seem to be increasing. It is a possibility that we are reaching a peak or a plateau, but we will have to see that in the coming days,” he added.

“With the measures, we tried to split up society in small groups, and to limit contact between them. There are still new cases, despite those measures, because the virus can still spread within these groups. However, it is very important that it is spreading noticeably slower than if we had not done anything,” Van Gucht said. “The virus is colliding with more and more obstacles. If we keep following the measures, we will also start seeing a decrease,” he added.

“With the Easter holidays starting now, and the sunny weather that has been forecast, we want to stress that going for a walk or a run, is still allowed, as is cycling, with your family, or with one friend,” said Yves Stevens, a spokesperson for the National Crisis Centre. “However, it is not allowed to take a trip to the coast or the Ardennes for example,” he added.

“Other forms of recreation, such as going motorcycle riding or sailing are not allowed, as they are not essential travel. Having a picnic in the park, even if it is only with your own family, is not allowed either,” Stevens said. “However, there are plenty of options to enjoy the sunny weather with your family while also complying with the rules,” he added.