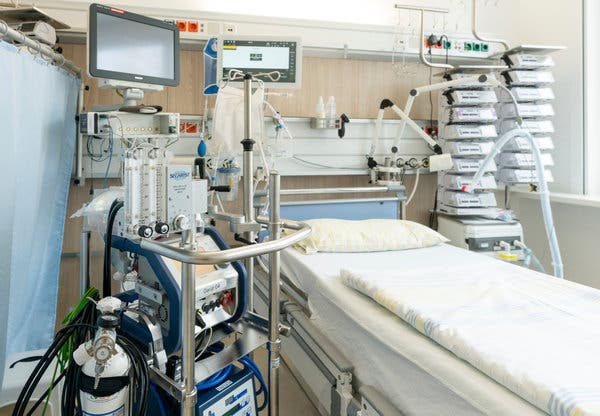 The Federal Government has been dragged and slammed by Nigerians for begging US billionaire for ventilators.

Nigerians on social media have blasted the Federal Government for begging United States billionaire, Elon Musk, for ventilators to tackle the COVID-19 pandemic.

Musk, who is the founder and Chief Engineer, SpaceX, had tweeted on Thursday that his firm had extra ventilators that had been approved by the Food and Drug Administration in America.

He tweeted, “We have extra FDA-approved ventilators. We will ship to hospitals worldwide within Tesla delivery regions. Only requirement is that the vents are needed immediately for patients and not stored in a warehouse.”

In its response, the Federal Ministry of Finance, Budget and National Planning tagged the billionaire on Twitter, asking him to assist Nigeria.

The ministry tweeted, “Dear @Elonmusk @Tesla Federal Government of Nigeria needs support with 100 to 500 ventilators to assist with Covid19 cases rising every day in Nigeria.”

According to the Nigerian Medical Association, Nigeria has about 500 ventilators nationwide, most of which are already in use.

The Federal Ministry of Health had, subsequently, denied the report.

On Twitter, however, many Nigerians questioned the propriety of the Federal Government appealing openly on social media for ventilators.

@SmartAudi said the N37bn budgeted for the National Assembly renovation could have bought thousands of ventilators.

“The N37bn budgeted for NASS renovation should be used to purchase ventilators. They won’t have constituencies to provide over if people die out of lack of equipment. This country under you people is in a mess because you have no priority at all,” he tweeted.

@AsiwajuLerry tweeted, “Are we that broke in this country? All those billion naira donations, wetin una dey take am do (sic)?”

@taramasalata001 said it was unfortunate that a rich country like Nigeria could stoop so low.

“Nigeria, being the giant and richest in Africa, should be the one shipping ventilators and other equipment to other African countries to help them cope with COVID-19 but here we are, begging for support after mismanagement and embezzling public funds for decades. What a shame!”

@AriyoJoshuaOlus said the Federal Government ought to have used diplomatic and business channels to get such help rather than go on social media.

@Kcnaija tweeted, “With a budget of over N10tn and borrowings of $22.7bn, we are begging for 100 to 500 ventilators. Nigeria as a country is a mess, a total potpourri of jokes. So, we didn’t have ventilators and our President and public officers go abroad for medical tourism?”

Bring Back Our Girls co-convener, Aisha Yesufu, said it was ironic that Nigeria, which had not been encouraging tech companies could beg a tech billionaire for help.

She tweeted, “The same Nigeria that is begging @elonmusk is the same Nigeria that has been harassing and killing young tech people in Nigeria. They bullied everyone with laptop and did everything to kill their dreams. They refused to heed citizens shouting end SARS.”