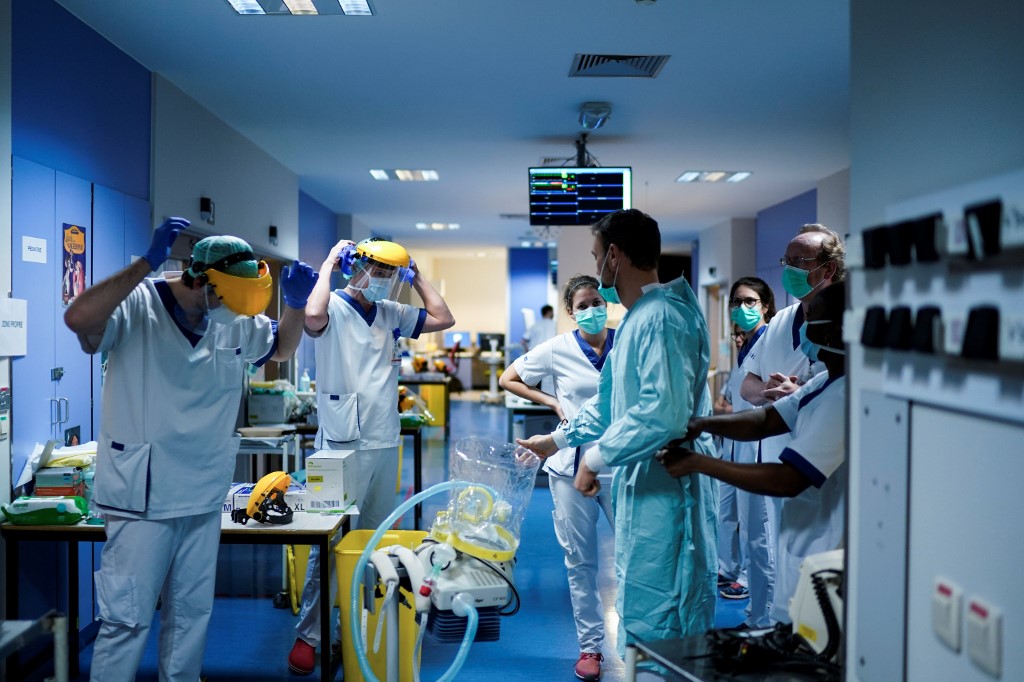 A 12-year-old girl in Belgium and a 13-year old boy in the UK infected with the novel coronavirus have died, authorities said.

They are believed to be the youngest victims of the disease in their respective countries.

The 12-year-old girl’s death was announced during the daily news conference given by Belgium’s health service, at the end of its regular update on casualty figures and hospitalisations.

“It’s an emotionally difficult moment because it involves a child, and it has also upset the medical and scientific community,” said spokesman Dr Emmanuel André, visibly upset.

“We are thinking of her family and friends. It’s a very rare event, but one which devastates us.”

Another spokesman added that the child had had a fever for three days and had tested positive for the coronavirus. No other details were given of the girl’s background.

Until now the youngest person to die from the virus in Belgium was a 30-year-old female nurse, according to Belgian media.

“Sadly, a 13-year old boy who tested positive for COVID-19 has passed away, and our thoughts and condolences are with the family at this time,” a Trust spokesperson said in a statement.

“The death has been referred to the Coroner,” it added.

An appeal posted on the GoFunMe crowdfunding platform by Madinah College, named him as Ismail and said that he didn’t have “any pre-existing health conditions.

“Sadly he died without any family members close by due to the highly infectious nature of COVID-19,” it added.

Ismail is believed the be the youngest victim of the disease in the UK.

Last week French authorities said a 16-year-old girl had died at a children’s hospital in Paris. The death of the teenager, identified as Julie A. and described as otherwise healthy, has provoked strong emotions in France.

Deaths from COVID-19 among people so young are exceptional. Health authorities have said previously that serious cases of the illness — although predominant in older and more vulnerable age groups — can occur in adults of any age.

Last weekend the US state of Illinois announced the death of an infant under one year old who had tested positive for coronavirus. The cause of death was being investigated. Medical reports on cases in China have documented the death of a 10-month-old baby and a 14-year-old boy.

A recent US study by the Centers for Disease Control and Prevention (CDC) of 2,500 patients found no cases of deaths among people aged under 19. But it did find that people of all ages were liable to become seriously ill: more than a third of those hospitalised were aged between 20 and 54.

The Belgian girl’s death was included among the latest national figures released on Tuesday, confirming nearly 200 more deaths since the previous update. More than 700 people in the country have died from coronavirus since the outbreak began.

Hospitals in three regions have been particularly badly affected, the authorities say — around Brussels, in Limburg in eastern Flanders, and in Hainaut in Wallonia to the west.

With 12,775 confirmed COVID-19 cases as of Tuesday, Belgium has the 10th highest number of infections among countries worldwide, according to data compiled by the US Johns Hopkins University Coronavirus Resource Center.