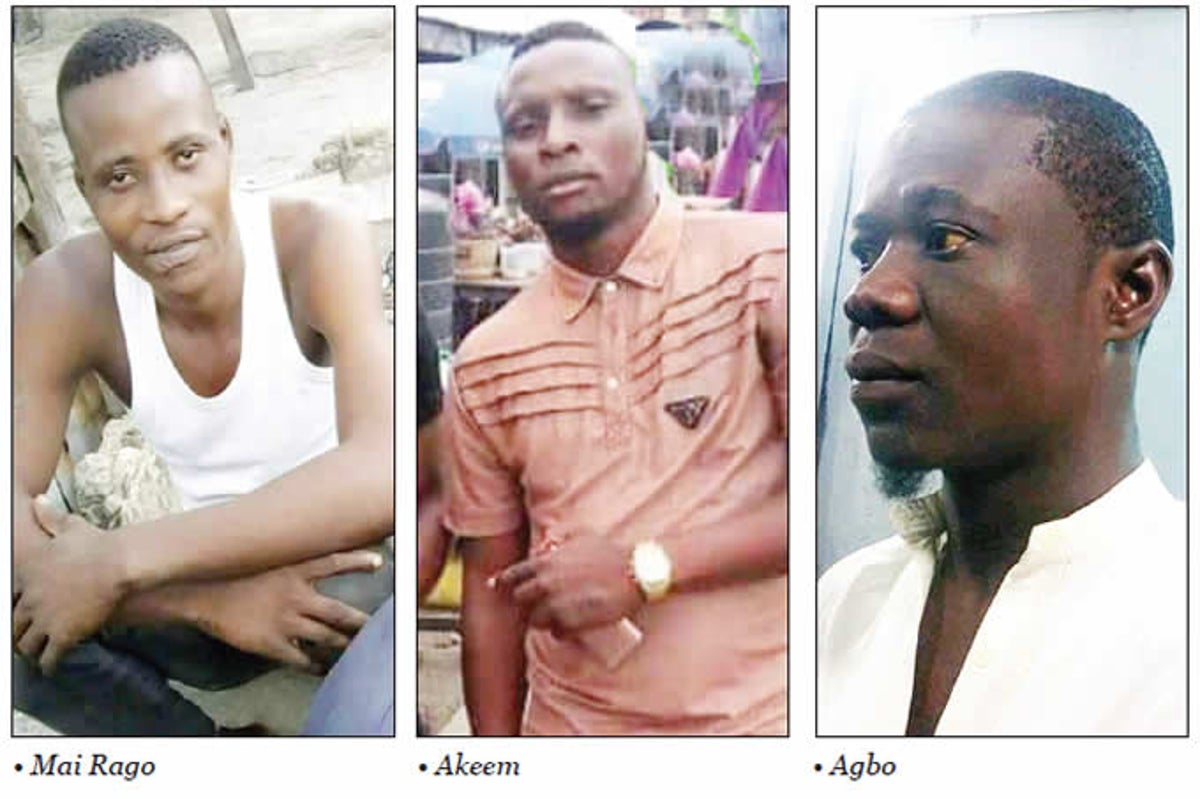 No fewer than four persons have allegedly been killed in the ongoing supremacy battle between hoodlums from the Akosile area and the Network Base in Gasikiya, Amusun area of the Apapa-Iganmu Local Council Development Area of Lagos State.

Some of the residents, who spoke  on Monday, identified the deceased simply as Mai-Rago, Agbo, Tuwo and Akeem, aka Sample, adding that the clashes had extended to the Gangari, Adeyemi, Oju Ina, Arewa and Amusun, among other areas in Apapa Iganmu.

During the clashes, scores of residents and business owners are usually thrown into panic and run helter-skelter for safety.

It was learnt that the hoodlums reportedly took advantage of the tension in the affected areas to burgle shops, loot property and destroy vehicles parked on the streets.

A resident, who identified himself simply as Gbadegeshin, said the hoodlums shot three of the victims’ dead and butchered Mai Rago on Saturday, March 28, 2020. He said, “Hoodlums from the Network Base contributed to the unrest in Amusun and its environs in the Apapa-Igamu LCDA. This fight has been going on for five days and four persons, Mai-Rago, Akeem, Agbo and Tuwo, have been killed. The hoodlums used cutlasses to butcher Mai-Rago on Saturday around Sango, while Akeem was shot in the chest on Sunday. The other two victims had been shot dead about two weeks ago.

“The clashes usually start around 6am and the hoodlums dispossess residents of their valuables and loot property from shops in the process. The fight is between hoodlums from the Network Base in Gasikiya and those from the Akosile area, but the clashes have spread to adjoining areas like Gangari, Oju-Ina, Adeyemi and Arewa, among others. The hoodlums also destroyed about 15 vehicles that were parked on the streets.

“The hoodlums mostly fight for supremacy and residents of the affected areas are affected. Also, business transactions are usually affected, because everywhere is always tensed whenever they clash. We need more police presence in the community.”

To restore normalcy in the affected areas, an armoured personnel carrier was stationed in the community and policemen from the Area ‘B’, Ijora-Badia, Pako and Ajegunle divisions had been patrolling the various streets to restore confidence in the community.

Another resident, Afeez Aladesanmi, however, said the restriction of movement imposed by the Federal Government in Lagos State and other parts of the country had made the clashes to subside, adding that the clashes also involved cultists in the community

He stated, “The fight is two ways, one involves cultists and these cultists have killed a lot of their rivals. The fight by the cultists usually happens when they extend their clashes from the school to the neighbourhood. The other clash involves hoodlums from various areas in Apapa-Iganmu. The police have parked their APC in the area and policemen have been patrolling the area to prevent reprisal.

“But before their intervention and the restriction of movement in Lagos, we used to live in fear, because these hoodlums and cultists can strike at any moment. And when they strike, they use weapons to perpetrate all sorts of crime in the community. At the moment, the restriction of movement and public gatherings have calmed the situation because everywhere has been shut down.”

Footage of a clash in the affected areas, which was recorded by a resident and made available to PUNCH Metro showed two factions of armed hoodlums numbering about 50 hurling bottles and using cutlasses to attack each other.

The 23-second footage showed that the clash occurred in the night as the scene was powered by street light. Houses and shops were locked and the hoodlums took to the street to fight themselves.

Tuwo’s corpse was also seen in the back seat of a tricycle, while Akeem’s remains were laid on a bamboo-made carrier and were covered by a clothe.

When contacted, the state Police Public Relations Officer, Bala Elkana, said the crisis was caused by members of the Aiye and Eiye confraternities, adding that 15 suspects had been arrested in connection with the clashes.

Elkana stated, “We have arrested 15 suspects in connection with the incident. It was a clash between two rival cults, the Eiye and Aiye confraternities. We deployed our resources massively there and still have our personnel stationed in strategic areas of the community.

“From our record, I can confirm that only one person was killed, because once you heard a rumour that somebody was killed and you cannot trace to retrieve the corpse, then it can’t be confirmed. When these cultists injure themselves, the members try to take the injured away quickly so that they won’t be traced or identified. So, I can’t speak on the ones we don’t have on record.

“The cultists mobilised their members from the neighbouring communities and some were arrested by tracing them to the communities where they come from. Now, the situation is calm with our armoured vehicle stationed there and our task force personnel have been patrolling the area and are on the lookout for the cultists.”