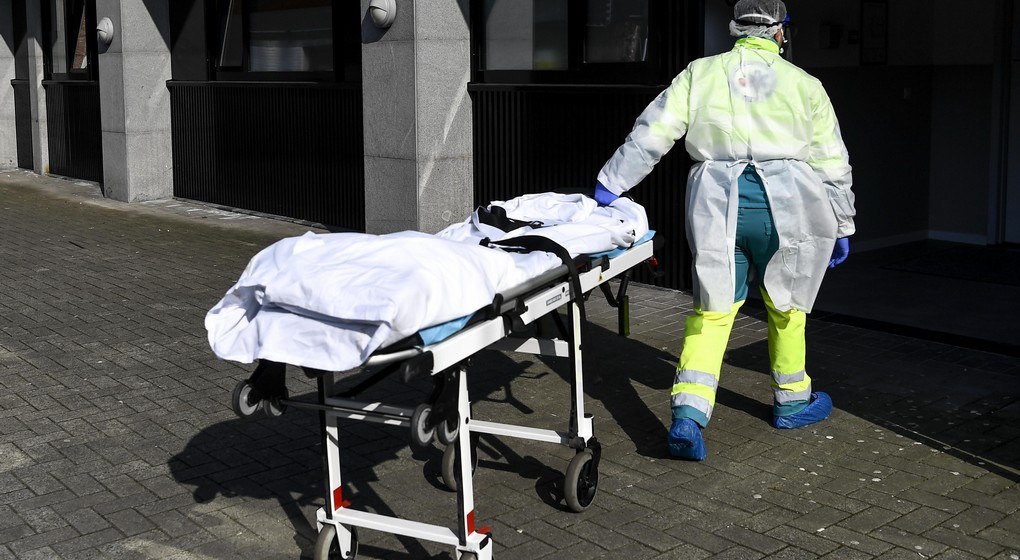 876 new people have tested positive for the new coronavirus (Covid-19), confirmed the FPS Public Health during a press conference on Tuesday.

467 of the newly-infected people live in Flanders, 203 live in Wallonia, and 189 live in Brussels. The FPS does not yet have further information on the place of residence of 17 other people. The total number of cases in Belgium, since the beginning of the pandemic, is 12,775.

The total number of people admitted to hospital because of the coronavirus at the moment is 4,920. “485 new patients were admitted in the last 24 hours, which is a slight decrease,” said professor Steven Van Gucht. Of those patients, 1,021 are in the intensive care unit.

98 new deaths have been reported on Monday, but 94 other deaths that occurred between 11 March en 29 March were also reported, bringing the total number of deaths in Belgium since the beginning of the pandemic to 705, of which 93% of people were older than 65.

However, 168 new people have also been cured and discharged from the hospital in the last 24 hours.

“Yesterday, a 12-year-old girl has died. She was tested positive for the coronavirus. After three days of having a fever, her health suddenly worsened,” said professor Steven Van Gucht. “This is something that touches all of us deeply, as parents and as people, and we want to give our sincerest condolences to her family and friends,” he added.

“This reminds us that this can complications for everyone, even though this is very exceptional. We do not know why this happens sometimes,” he added.

“It is normal that in this abnormal situation, we feel uncertain sometimes, but it is important that we can talk about it with each other. This epidemic is a given of nature, we have to accept that for a part, but believe me, this is going to pass,” Van Gucht said. “We have to show solidarity as a population, and we are doing that,” he added.

“This is a new situation for everyone, and many questions about what is and is not allowed are being asked,” said Yves Stevens, a spokesperson for the National Crisis Centre. “I have one very easy tip: if you are not entirely sure if something is allowed, it is probably better to just not do it. Stay at home as much as possible, and limit your outings to essential trips,” he added.