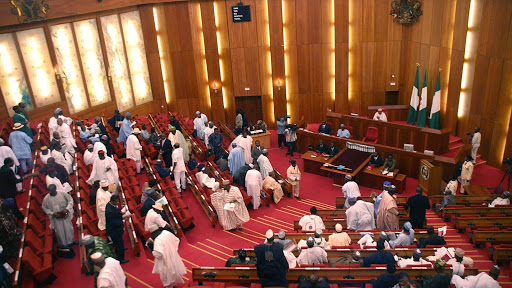 Nigerian Senators representing the citizens in the upper chamber of the National Assembly have reportedly agreed to donate half of their March salaries to the fight against the spread of coronavirus in the country.

Further information gathered on the development has it that the lawmakers have started sending half of their salaries to a special account for that purpose.

The efforts and donations are ben coordinated by the Senate Committee on House Services.

The Senate Minority Leader, Senator Enyinnaya Abaribe, confirmed that donations from him and his colleagues have commenced.

“We’ve already given out 50 per cent of our salaries like ministers, (to government) amidst other individual efforts to our constituents,” he told Punch correspondent on Sunday.

However, when speaking on the development, Senate Leader, Yahaya Abdullahi, noted that Senators were still discussing on the matter.

He said, “The senators are still consulting. The result of our consultations will be made open tomorrow (today) Monday.

“We are not doing exactly what the ministers have done.”

Another Senator who spoke on the condition of anonymity on Sunday also added that the Senate was considering reducing part of their own N128bn National Assembly budget.

“We have agreed to slash the National Assembly budget for this year in line with the current reality. It is certain that the Federal Government will reduce the N10.59tn national budget because of the reduction in the revenue to fund it. So, we are reducing our own too,” the Senator said.