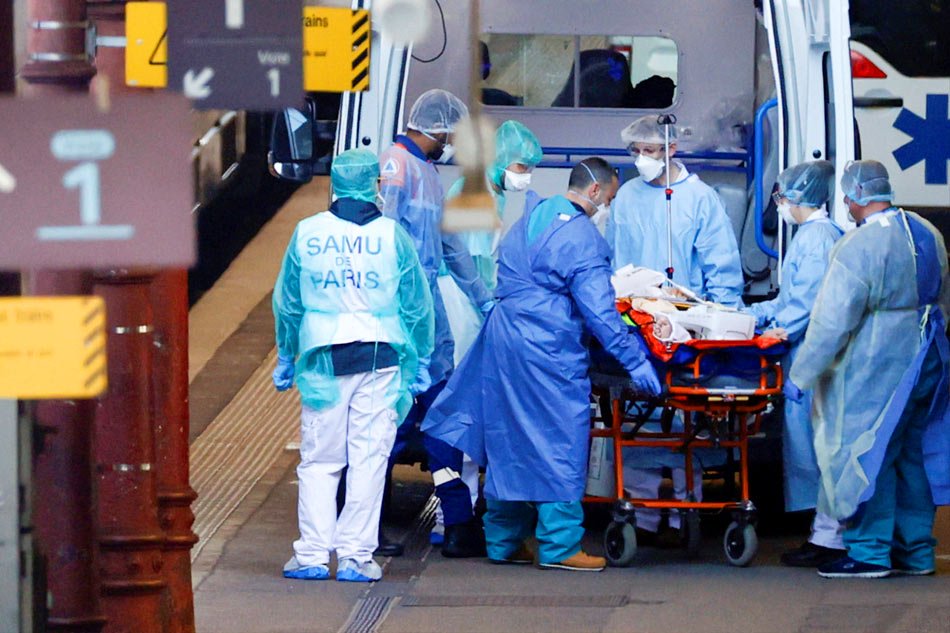 France on Friday reported that 299 more people had died in hospital from the coronavirus epidemic over the last 24 hours, bringing the total death toll from the epidemic in the country to 1,995.

Top French health official Jerome Salomon told reporters that 32,964 people had tested positive for the virus so far in France, although the real number of cases is likely far higher as testing was reserved for high-risk patients.

The daily toll, while severe, is lower than the 365 new deaths reported on Thursday.

The toll in France does not include those who died at home or at retirement homes but Salomon said this data would be announced on a daily basis from Monday.

As of now, 3,787 patients were in intensive care out of a total of 15,732 people hospitalised in France after becoming infected with the coronavirus, he said.

France has been in lockdown since March 17 in a bid to slow the spread of the epidemic and officials have repeatedly warned it will take time for the measures to bear fruit.

Prime Minister Edouard Philippe said Friday that the lockdown would be extended by another two weeks to April 15 given the gravity of the crisis.

Salomon said that the data in the next days would show if the lockdown “is beginning to make itself felt in the number of those sick”, noting that the average incubation period for the virus was around a week.