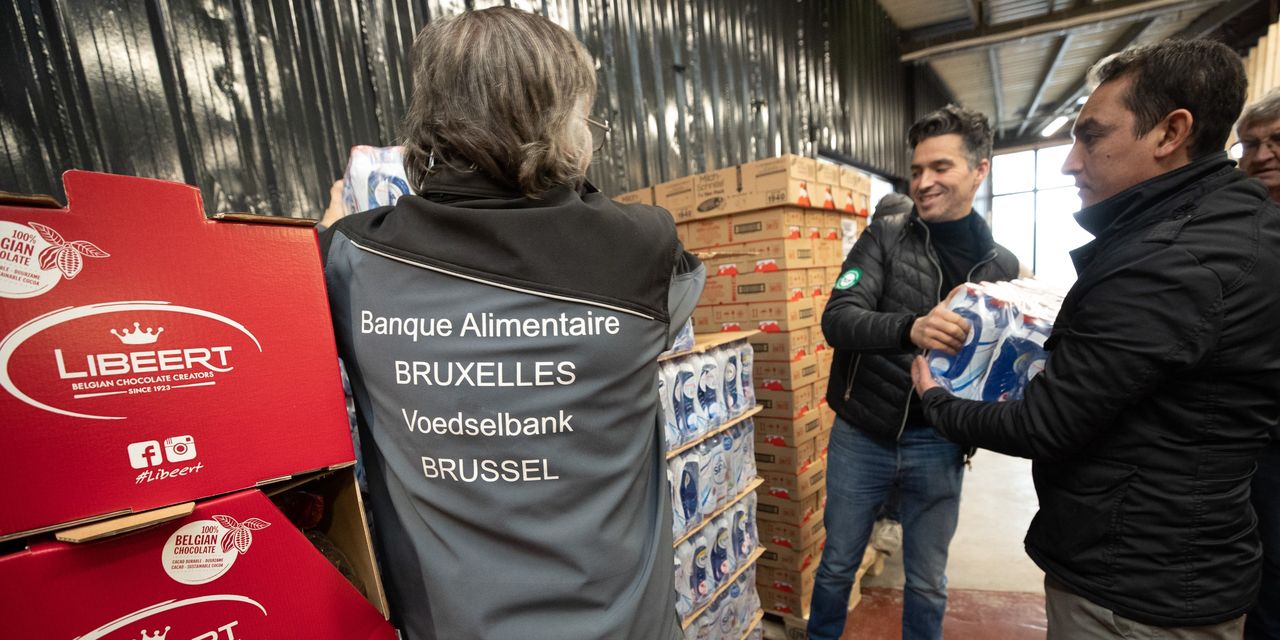 Belgium’s supermarkets have committed to donating 223 tonnes of foodstuffs – enough to serve up 460,000 meals – to the country’s food banks.

Earlier in the coronavirus crisis, food banks were complaining that the closure of restaurants, as well as the panic-buying of staples seen in many supermarkets, had left little food left over that would normally be donated to their efforts to feed the most vulnerable in society, including the homeless.

In normal times, supermarkets and others donate 18,000 tonnes of food a year, transformed by food banks into 30 million meals. Their main sources are restaurants and supermarkets who have food which is approaching its date limit, but still perfectly fit for human consumption.

Now that the worst of the panic-buying phase seems to be over, supermarkets have agreed to donate food and other products.

“That includes pasta, as well as milk, potatoes, meat, flour, olive oil, vegetables, drinks, cereals and chocolate,” said a spokesperson for Comeos, the trade federation that represents the retail industry.

“Other indispensable products are also included, such as detergent, shampoo, nappies and tissues.” The supermarkets, all of whom are taking part in the current action, have said they would be willing to repeat the action in the months to come if the need is still there.

The director of Comeos, Dominique Michel, was present on Friday for the first delivery of food to the food banks, along with Nathalie Muylle (CD&V), minister for the fight against poverty, and Jozef Mottar, director of the Belgian federation of food banks.

“Today the federal government has also donated €225,000 to the food banks to buy the products they feel necessary, but whose supply is limited,” the minister said.

“It was also decided to put in place an online platform to allow the food banks to share information on their stocks and shortages. And three million euros has been provided to the [municipal social aid agencies] to use for the purchase of foodstuffs and food cheques.”

Meanwhile, in a separate initiative, the Panos chain delivered 1,000kg of raw materials for its products, with the promise of more to come.

The chain has had to close down a number of its outlets, leaving stocks of raw materials for making bread and other baked goods unused.

“In normal times, we make at least one donation a month,” said managing director Karl Selleslags. “At present, we will be looking from week to week to see how it’s possible to manage our stocks as efficiently as possible so see that no food goes to waste.”