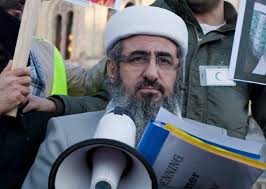 Fundamentalist preacher Mullah Krekar was on Thursday extradited from Norway to Italy, a decision his lawyer has condemned citing concerns over the COVID-19 pandemic.

“Krekar has today been extradited to Italy,” the Norwegian Justice Ministry announced on Thursday.

The 63-year old preacher, real name Najmuddin Faraj Ahmad, was arrested in Norway in July 2019 after an Italian court sentenced him to 12 years in jail for terrorist conspiracy. Italian authorities accuse him of leading an organisation with alleged links to the so-called Islamic State.

Krekar came to Norway as a refugee from northern Iraq in 1991 and founded the now dismantled Islamic group Ansar al-Islam.

But Norway revoked his refugee status in 2002 because Krekar had since spent long periods in Iraq and tried to extradite him labelling him a threat to national security.

The country was, however, barred from extraditing him to Iraq by the Supreme Court which said Krekar faced the death penalty if sent back.

Krekar’s lawyer, Brynjar Meling, has condemned his extradition to Italy, citing the COVID-19 pandemic which has claimed more than 8,200 deaths in the southern European country — the highest tally in the world.

On Twitter, Meling said his client was particularly at risk due to his age, diabetes and high blood pressure.

At least six inmates are dead and 50 more are on the loose amid prison riots in 27 detention facilities over visitation, furlough, and parole restrictions imposed for the epidemic.

But the ministry affirmed that they “have been given assurances that he will receive the help he should have and needs”.

Krekar is considered a terrorist by the United States and the UN.