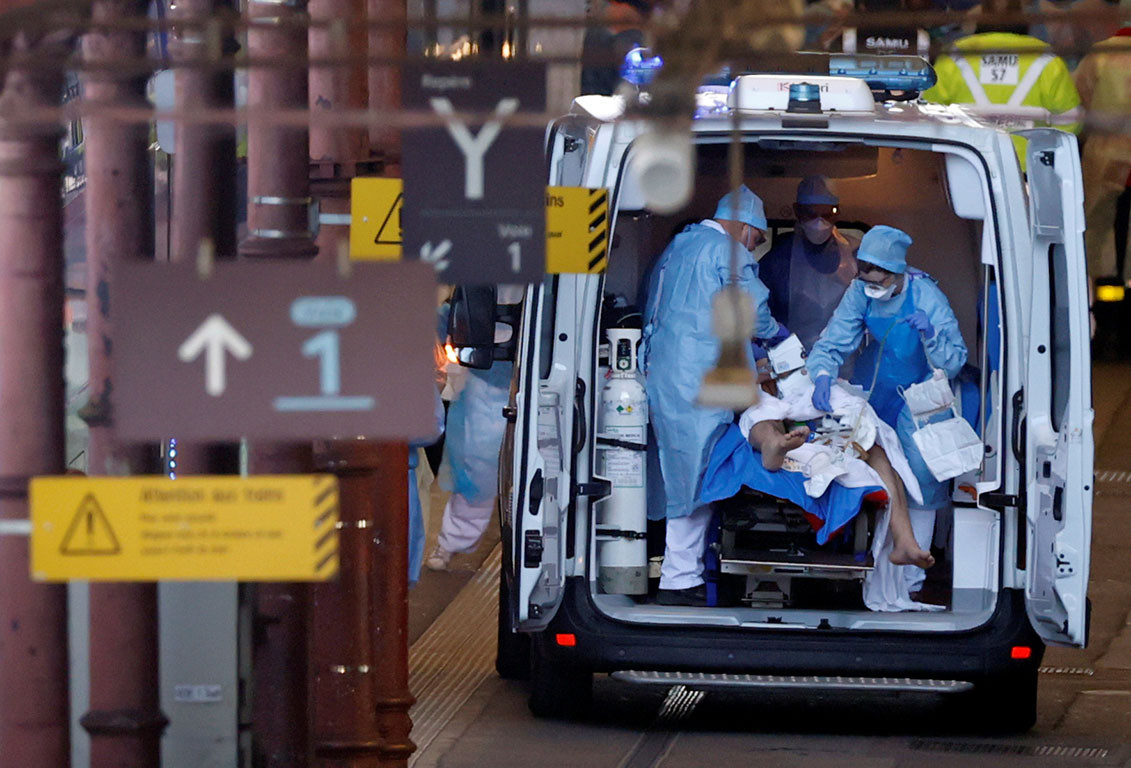 The mother of France’s youngest coronavirus victim has spoken of the “unbearable” loss of her 16-year-old daughter, as the country reported its highest daily toll from the pandemic.

French authorities said on Thursday that 365 people had been killed by COVID-19 over the previous 24 hours, taking the national total of those who have died in hospital to 1,696.

The figure does not include those who died from the virus at home or at retirement homes, top French health official Jerome Salomon told reporters.

The teenage girl named Julie A died in Paris, becoming the youngest French victim of the disease that more often afflicts the elderly or people with underlying health conditions.

“It’s unbearable,” the girl’s mother Sabine told AFP by phone from her home in the Parisian suburbs. “We were meant to have an ordinary life.”

A week ago, Julie developed a mild cough but on Saturday she began to feel short of breath, her mother said.

She underwent scans in hospital and several tests for COVID-19, the disease first detected in China late last year that has now killed more than 23,000 worldwide.

Her condition deteriorated and her death was announced on Thursday, with health officials emphasising that severe cases are very rare in young people.

“From the start, we were told that the virus doesn’t affect young people. We believed it, like everyone else,” Sabine said. Her daughter had no known underlying health problems.

France has been in lockdown since March 17 in a bid to slow the spread of the epidemic and officials have repeatedly warned it will take time for the measures to bear fruit.

Salomon said 29,155 people had tested positive for the virus so far nationwide—adding that the real number of cases was likely far higher as testing was reserved for high-risk patients.

He said 3,375 patients were currently in intensive care out of nearly 14,000 people hospitalised after becoming infected.

Data showed 42,000 people had been registered by their GP as having the coronavirus over the last week alone, Salomon added—again revealing that testing in France has only revealed a minority of cases.

People in the country are only allowed to step outside for pressing matters, such as shopping.

“It is very difficult to estimate when the peak will come… people who are ill now were infected before the confinement began,” explained Salomon.

“Now there is less contact, people are going out less and get infected less. So we hope there will be fewer people getting sick next week,” he said.

Macron and Trump speak about pandemic

French President Emmanuel Macron said he had held a “very good discussion” with his US counterpart Donald Trump about the pandemic.

“In response to the COVID-19 crisis, we are preparing with other countries a new strong initiative in the coming days,” he tweeted early Friday, without elaborating.

The specially adapted high-speed train, whose carriages were transformed into intensive care units, took the group to the western Atlantic coast where they will be treated.

Another evacuation is planned for Friday, this time by air.