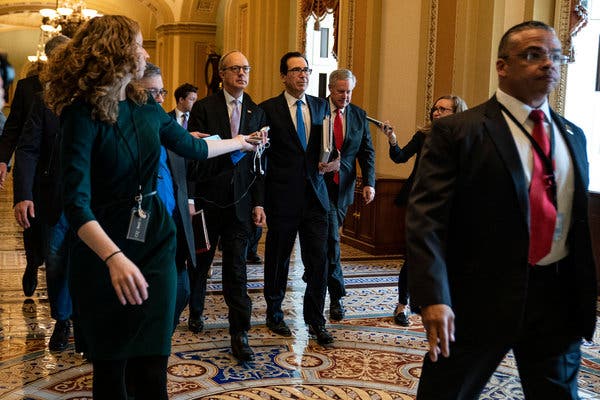 The US agreed on legislation to help businesses, workers and the health care system amidst the coronavirus pandemic.

The $2 trillion (€1.85 trillion) pandemic response measure is the largest economic rescue in history and is intended to help an economy moving towards recession.

“After days of intense discussions, the Senate has reached a bipartisan agreement on a historic relief package for this pandemic,” said Senate Majority Leader Mitch McConnell, a Republican from Kentucky.

“This is a wartime level investment into our nation,” he added.

Chuck Schumer, the democratic minority leader hailed the “bipartisan” deal that he said was necessary but said the legislation was “far from perfect”.

It includes a over $130 billion (€120 billion) to fund hospitals, nurses, doctors and nursing homes and unemployment compensation for workers who are laid off, the Senate minority leader said.

The legislation now has to be passed in Congress and signed by US President Donald Trump.