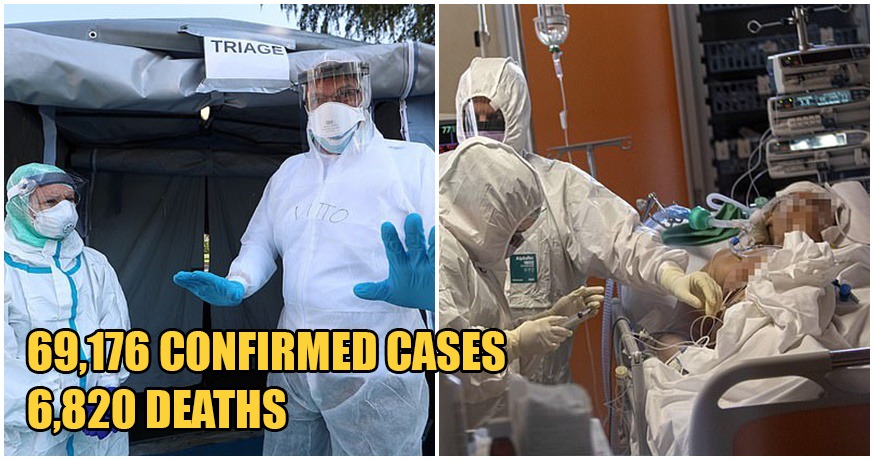 While initial reports have suggested yesterday that the death toll in Italy from Covid-19 had begun to decrease over the weekend, reports coming out from the worst hit nation in Europe from Tuesday (24th March 2020) have indicated that the death toll has once again risen sharply, according to Reuters and Al Jazeera News.

This is the second highest record of deaths in a single day in Italy, following the 793 deaths recorded on Saturday (21st March 2020).

However, it appears that the nationwide lockdown in Italy that was enforced for over two weeks now have seems to have had a positive impact on the rate of Covid-19 infections in the nation, as new infections reported in Italy since Monday (23rd March 2020) and Tuesday (24th March 2020) have only risen by 8% respectively.

As of writing, there are at least 69,176 confirmed case of coronavirus in the country, as reported by CNN.

We hope that those in Italy will preserver through these difficult times as the world comes together to eradicate Covid-19. We would also like to extend our deepest condolences to the families of the deceased.